First things first.  There is an obstacle today’s viewer has to overcome to truly appreciate The Last of Sheila, and that obstacle is called 1973.  I’m talking hairstyles here, and I also mean bell bottoms and facial hair.  My advice:  Get your chuckles out of the way in the first ten minutes of this neglected little gem and then concentrate on the movie itself.

I have to digress again, this time for a little celebrity trivia, circa late 1960s.  Actor Anthony Perkins (Psycho) and composer Stephen Sondheim (A Funny Thing Happened on the Way to the Forum) were part of a group of showbiz folk who devised a unique form of self-amusement.  They created scavenger hunts in which celebs including Lee Remick, George Segal, Perkins and Sondheim would scour the streets of Manhattan for clues to a mystery.  The winners’ reward was typically champagne on ice.

Perkins and Sondheim took their fondness for this silly sleuthing and turned it into a screenplay.  The result was Sheila, an absolute delight for puzzle-solvers and movie-star-gazers alike.

Spurred on by millionaire playboy James Coburn (at his Machiavellian best), Raquel Welch, James Mason, et al, race through the beautifully photographed streets and ports of the French Riviera on a quest to solve Coburn’s mean-spirited scavenger hunt — and to curry his favor.  Of course, the game soon turns deadly.

But enough nonsensical jabbering and meandering in nostalgia.  There — I just gave you a clue to the identity of the killer.           Grade:  A- 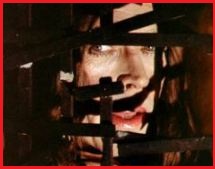