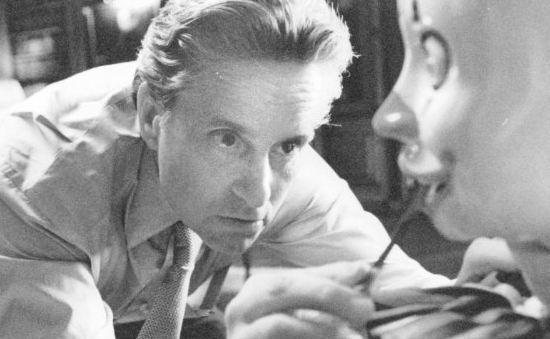 If you check at Amazon.com, you’ll see The Game categorized as a drama, but also listed under “action & adventure” in the sales rankings.  The Internet Movie Database calls David Fincher’s movie an “action/adventure/mystery.”  And on rottentomatoes.com, it’s simply listed under “drama.”  This is my burning question:  Am I the only one who views this 1997 film as one of the funniest comedies of the past 20 years?

From the moment Michael Douglas’s staid businessman spills ink on his fancy shirt in an airport lounge, I know I’m in for a delightful ride, as Douglas’s misfortunes escalate from that inky blotch to, eventually, waking up in a dusty coffin in a Mexican slum.  This is a Gordon Gekko comeuppance on a grand scale and, though the movie is certainly a thriller, it’s also one of a handful that can make me laugh out loud.  Maybe you have to have a warped sense of humor ….

One thing I am certain about:  The Game’s plot is absurd.  No matter how many millions (or billions) at his disposal, the paces Conrad Van Orton  (Sean Penn) puts brother Nicholas (Douglas) through as part of the “game” are pure fantasy.  But thanks to Fincher’s sly direction, I was too busy laughing to much care.      Grade:  B+