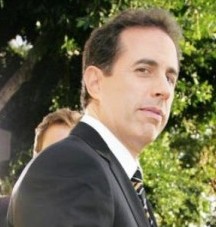 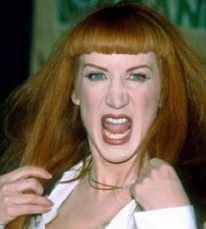 Jerry Seinfeld was a guest on Oprah’s show the other day, plugging his new series, and at one point Seinfeld’s eyes bugged out and, I thought to myself, “That guy looks scary.”  Not funny — scary.

We’ve all heard that behind the clown’s mask lies tragedy (or drug addiction, or sex addiction, or whatever), but Seinfeld’s frightening visage got me thinking about some of America’s other high-profile comics.  Time was, you would find them only on Saturday Night Live or an HBO special.  Today, I suppose thanks to Jon Stewart, they’re more likely to pop up, like the clown in Poltergeist, on Fox News or CNN.

When I happen upon Dennis Miller at his day job on Bill O’Reilly’s show, his veins are usually bursting the skin of his neck as he screams about whatever liberal travesty has him on edge.  Take a look at his picture below — stand-up comedian, or serial killer mugshot? 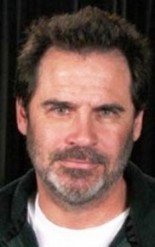 On the other end of the political spectrum, we have Bill Maher.  I can’t even remember the last time Maher said something humorous; he’s much too busy setting Larry King straight about what’s wrong with everything, and everyone. 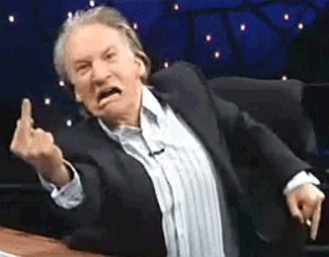 Kathy Griffin, it seems, usually steers clear of overt politics.  But am I the only one who cringes when she ogles CNN’s Anderson Cooper?  It looks like the Wicked Witch about to gobble up a Boy Scout.

These people frighten me.   For levity, I now have to watch C-SPAN.