Black Christmas, the 1974 original, is the scariest movie ever made.

There.  I’ve said it.  And yes, I have seen The Exorcist.  And Rosemary’s Baby, Psycho, Night of the Living Dead, The Texas Chainsaw Massacre, Alien, The Ring, and Jaws.  None of them match the creepy effectiveness of this little Canadian production from — of all directors — Bob Clark.  Yes, that Bob Clark; the same man who also gave the world its beloved A Christmas Story and (less-beloved) Porky’s.

I tell people about this movie and, once they realize it’s not an episode of The Jeffersons, they ask about its plot.  I hesitate to tell them, because the movie was so well-crafted that its innovations, so groundbreaking in 1974, have been copied and copied and copied, so that what was new in Black Christmas is now cliche. Halloween owes everything to this film, as do When a Stranger Calls and every maniac-terrorizes-young-people movie made since.

Clark taught all of these filmmakers lessons with Black Christmas:  how to use sound and silence (a ticking grandfather’s clock, a howling winter’s wind), shadows, and pacing to scare the crap out of audiences.

It’s too bad Clark got little appreciation for this masterwork.  If you see it now for the first time, you might feel as though you’ve seen it all before.  The sorority house.  The mindless killer.  The multiple suspects.  “The calls are coming from inside the house!”

But all of these elements were new in 1974 … and the ending of the scariest movie ever made is nothing short of brilliant.        Grade:  A 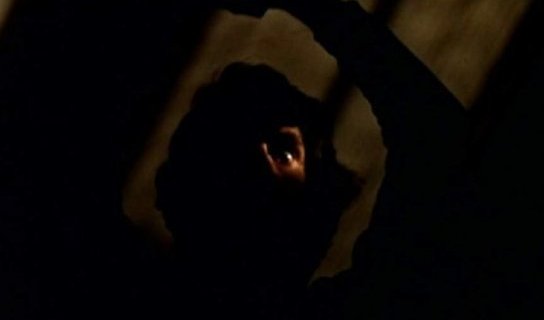