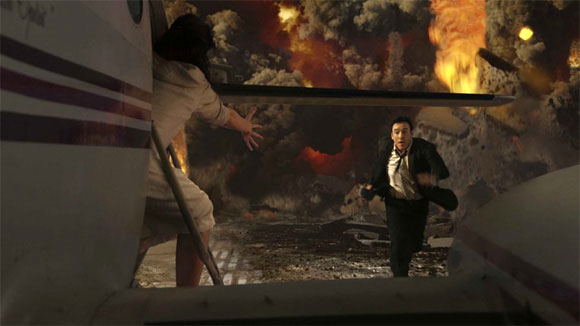 You’ve got to hand it to the makers of 2012 — they deliver what you expect.   Much as I’d like to rate this end-of-the-world movie lower, with its plodding plot and cardboard characters, I have to admit that I anticipated fun special effects, and fun special effects I got.

It’s interesting how the basic formula for this type of film has changed so little since Irwin Allen popularized the “disaster picture” back in the 1970s.  Just as in The Towering Inferno, Earthquake, and The Poseidon Adventure, we get a big-name cast so that the script doesn’t have to waste time on character development.  We already knew Steve McQueen and we already know John Cusack, so there’s no reason to waste time on boring exposition.  No, let’s go straight to the goodies:  tidal waves, earthquakes, explosions.  From time to time, the action is interrupted for some insipid preaching about love or the future of mankind.

2012 dutifully carries on this hackneyed tradition.  But the special effects are impressive … although you have to wonder how lame they might look on late-night TV in 2032.       Grade:  C

Free Flick of the Week: “And Then There Were None” 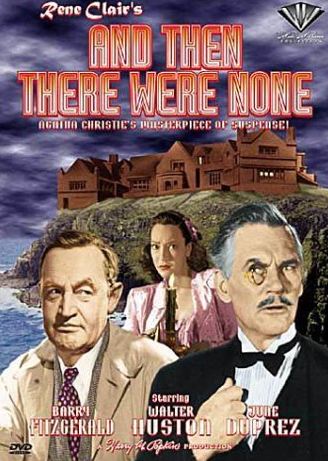 This might be the best film adaptation of any Agatha Christie novel.  Spooky and funny, check out And Then There Were None for free at IMDB.  Go here.