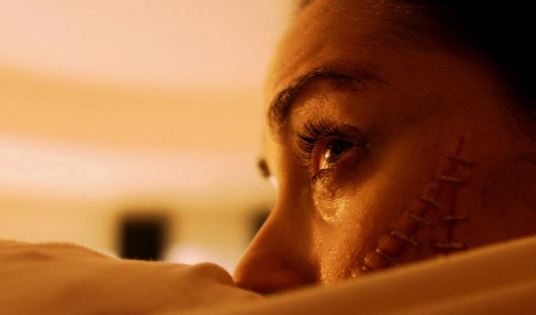 These thoughts were swirling in my head as I watched the final 45 minutes of The Human Centipede:  “You’ve got to be kidding me … What kind of career do these actors think they’ll have after appearing in this movie? … I can’t take my eyes off this thing … I used to think Cronenberg’s films were bizarre, but not after seeing this …  This must be why much of the Muslim world detests the decadent West … This movie is actually hypnotizing me, in a perverse sort of way ….”

I don’t know how better to describe the Dutch horror flick than by citing those random impressions.  It’s certainly not a film for everyone.  Some reviews imply that Centipede requires a viewer warning because it’s loaded with gore and violence.  Not true.  Although it does have some blood and guts, the film is disturbing because of the human degradation on display.  It’s a psychological freak show, at once repellent and absorbing.

Dieter Laser plays renowned German surgeon Dr. Heiter — surely one of the creepiest characters to grace movie screens in ages.  To say that Heiter is antisocial is like saying Hitler was a naughty boy.  Heiter kidnaps unwary tourists, takes them to his basement laboratory and, in a twist that elevates Centipede above other slasher flicks, treats his victims as combination students/patients, lecturing them as though they should be proud of participating in his groundbreaking “work.”  In this case, that means fusing their mouths to each other’s buttocks to form one long digestive chain or, as the title spells out, a human centipede.

That synopsis should tell you whether or not you can, sorry, stomach this movie.  The actual “centipede” effect is not shown in graphic detail — which somehow makes the proceedings even more horrifying.      Grade:  B+  (if you like this sort of thing)  Grade:  F   (if you don’t) 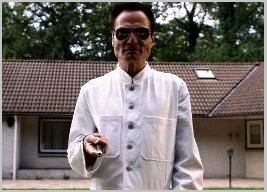 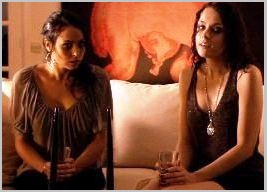