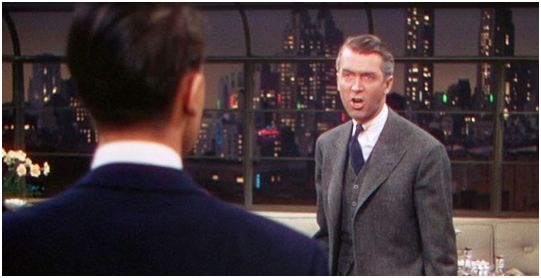 Arthur Laurents, the screenwriter for Alfred Hitchcock’s Rope, said that the famous director had no desire to make a film about homosexuality.  Hitchcock, Laurents said, also had no interest in filming yet another story about garden-variety murder.  What the genius filmmaker wanted to do was more problematic — especially back in 1948.  Hitchcock wanted to make a movie about homosexual killers.

“Rope is obviously about homosexuals [although] the word was never mentioned,” Laurents says in a DVD interview.  “It [homosexuality] was referred to as ‘it.’  They were going to do a picture about ‘it.’  And the actors were ‘it.’”

Rope is loosely based on the thrill killing of a 14-year-old boy in 1924 by Leopold and Loeb, two wealthy young Chicagoans.  The movie is best known for an innovative filming technique.  Hitchcock chose to photograph the story in real time, in a series of approximately ten-minute takes.  Thus, there are less than a dozen cuts in the entire film – something not done before and not done since.  “It was a gigantic trick,” Laurents says, “and that’s what interested him.”  Hitchcock was so gifted that no gimmick (he also used 3-D in Dial M for Murder) could prevent him from doing with Rope what he did so often:  create another cinematic classic.

Amusingly, the Jimmy Stewart character — a former teacher of the two young killers — was also intended to be homosexual.   But Stewart was just too darn hetero for that idea to fly.  As a result, Laurents claims, “The picture was curiously off-focus and didn’t have the sexual center it should have.”  Maybe so, but Rope remains Hitchcock’s most fascinating experiment.      Grade:  B+ 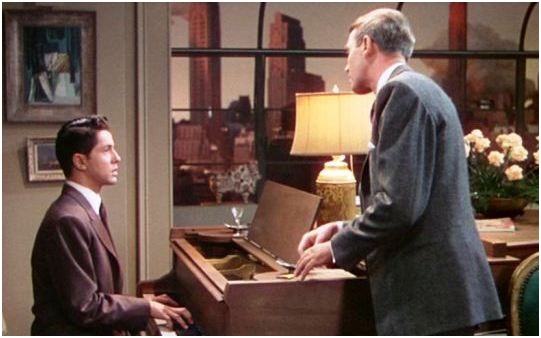 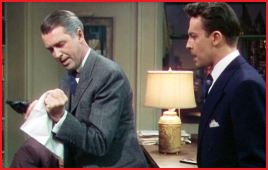