Free Flick of the Week: “His Girl Friday” 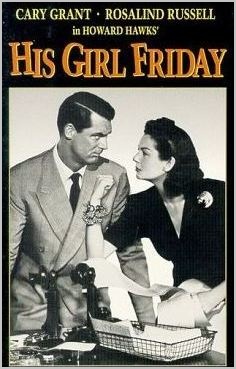 Back when women in the workplace were a rarity, director Howard Hawks saw the situation as rich with comic possibilities.  Check out Hawks’s 1940 screwball classic starring Cary Grant, Rosalind Russell, and Ralph Bellamy. 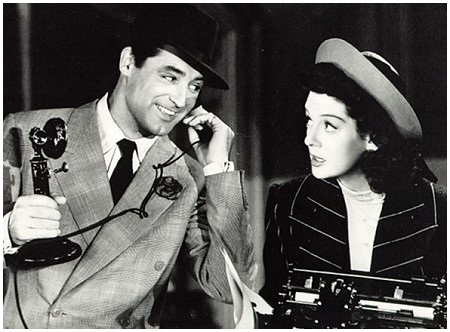 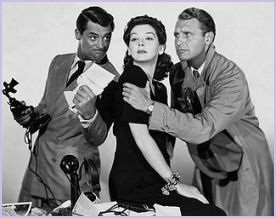 Sometimes the movie is better than the book.  That isn’t to say that Stieg Larsson’s novel isn’t entertaining, because it is.  It’s just too long, and unlike the Swedish film version of his story, it gets its climaxes wrong.  There are two major plot threads in The Girl with the Dragon Tattoo, one involving a white-collar criminal, and the other about a serial killer.  The movie rightfully builds to a tense wrap-up dispatching the sadistic murderer; Larsson’s mystery takes care of the killer and then devotes 100 anticlimactic pages to the other business.

But it’s a sign of a good read when it isn’t until after you put the book down that you say to yourself, “That was highly improbable.”  There are lots of head-scratching moments in Girl, but they don’t occur to you while you’re turning the pages.  Alfred Hitchcock realized that some of his movie plots were downright silly, but he didn’t care as long as the audience was ensnared.  By that measure, “you go Girl.”