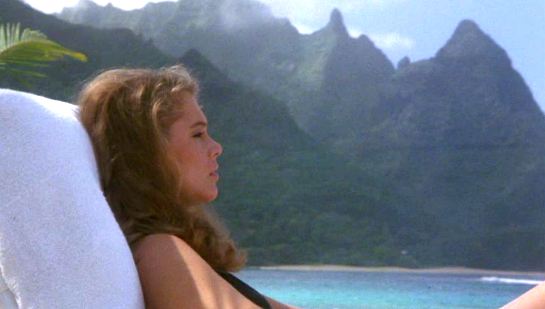 There is a scene in the 2008 family movie Marley & Me that depressed me.  No, it had nothing to do with the dog.  I’m referring to a scene in which we meet a middle-aged, pudgy character named “Ms. Kornblut.”  The chubby, plain-looking woman, obviously cast for comedic effect, looked vaguely familiar.  I sought her out in the end credits: “Ms. Kornblut — (oh … my … god) — Kathleen Turner.”

Thirty years ago I sat in a Texas movie theater and watched as a Hollywood sex symbol was born.  Lawrence Kasdan’s steamy Body Heat was taking the country by storm, largely due to the performance of 26-year-old Turner, making her film debut as conniving murderess Matty Walker.  In casting Turner for this role, Kasdan accomplished a Hollywood rarity:  He’d found a sex kitten with gravitas, a Lauren Bacall for the 1980s.

Turner’s Matty convinced everyone in the audience (and in the film) that she was much more than just a pretty face.  Here is critic Roger Ebert’s summation:  “Turner … played a woman so sexually confident that we can believe her lover (William Hurt) could be dazed into doing almost anything for her.  The moment we believe that, the movie stops being an exercise and starts working.”  By the end of the film, when Matty luxuriates on a tropical beach while her latest male victim rots in prison, I could also envision Turner, the retired movie star, lounging on just such a beach in 30 years.  Alas, I did not foresee Ms. Kornblut.

Body Heat is classic film noir for more reasons than Kathleen Turner, of course.  It features a meticulous, sly script by Kasdan, a perfect foil in Hurt, and nuanced supporting turns from Ted Danson, Mickey Rourke, and Richard Crenna.  The musical score by John Barry is legendary.  The 2006 DVD contains a treasure-trove of trivia.  Among the tidbits:  Filming of this oh-so-hot movie occurred during the coldest Florida weather in memory.  It was so chilly during the famous band shell scene with Turner and Hurt that you could actually see the actors’ breath.  Body heat, indeed.              Grade:  A 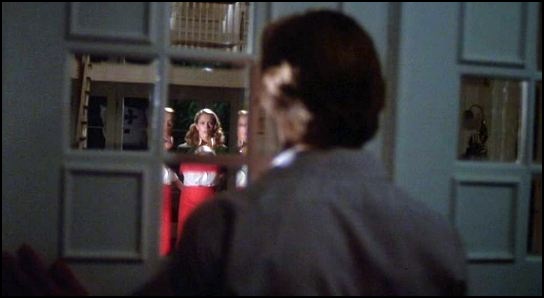