The World of Henry Orient is a small movie that begins as a silly romp about two teen girls infatuated with a zany pianist, and then — thanks to a pair of adult actors at the top of their game — becomes something much better:  a quietly powerful story about growing up.

Despite the title, The World of Henry Orient is initially a world belonging to New York City girls Marian and Valarie.  Marian (Merrie Spaeth) is a child of divorce who lives with her mother and a friend of the family.  Valarie (Tippy Walker) is a child prodigy who rarely sees her own parents, wealthy globetrotters who visit their daughter only when it’s convenient.  When Marian and Valarie hook up at a private school, they concoct a childish obsession:  the stalking of Henry Orient (Peter Sellers), a cowardly lothario from the Bronx with uptown aspirations and a bogus, continental accent.

Sellers, riding high in 1964 with The Pink Panther and Dr. Strangelove on his resume, does his deadpan shtick in this film and is, as always, amusing.  Walker and Spaeth have winning personalities and, although I confess there were times I felt I was watching two novice actors attempting to act, their enthusiasm is infectious.

But something near-miraculous occurs in the film at its midpoint, and this is largely thanks to a pair of consummate actors who turn a frivolous comedy into something sad, powerful, and utterly wonderful.  Tom Bosley and Angela Lansbury, as Valarie’s absentee parents, command the screen, Lansbury as a self-centered socialite and lousy mother, and Bosley in a precursor to his Happy Days role on TV —  the perfect Dad.  Bosley, in particular, has a scene with Walker that is heartbreaking, uplifting, and emblematic of why this little gem from 1964 still sparkles.      Grade:  A- 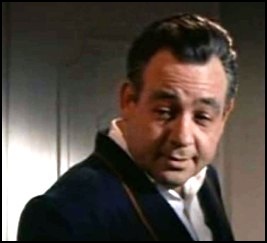 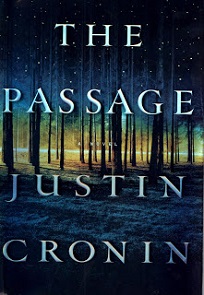 The Passage is the literary equivalent of a Hollywood summer blockbuster:  all bluster and special effects, no substance.  Justin Cronin’s vampire saga is a pretentious, derivative, colossal waste of time.  Did I mention that I hated this book?  Actually, The Passage is worse than a shallow film like, say Avatar, because Cronin’s tripe is littered with self-important religious allusions, quotations from Shakespeare — and it takes longer than two hours to finish.

So what, exactly, are my problems with this book?  Start with the characters, with whom the reader has to spend way too much time.  These are cardboard people.  Two of the main characters, Peter and Michael, are virtually indistinguishable.  One of them is handy with engines and computers; other than that, I could rarely tell them apart.  Cronin’s political correctness is gag-inducing – all of his female characters are saintly or indestructible.  In fact, one of them actually turns into a superhero.  Conversely, the males are all either deeply flawed or ineffectual. Spending hundreds of pages with these people is worse than becoming undead.

What’s worse is the novel’s plot.  Even in the fantasy genre, an author must set ground rules and then follow them.  Cronin’s vampires are sometimes omnipotent, sometimes not, depending on what his plot calls for.  Heroes are routinely killed off and then miraculously resurrected.  This kind of cheating goes on ad nauseam.

Was there anything I liked about The Passage?  The attack scenes are not bad.  Cronin stages some tense, nasty battles between his dullard protagonists and the “smokes.”  But those scenes are too few to overcome all the tedious exposition that surrounds them.  The Passage is a Stephen King wannabe and should be burned at the stake.