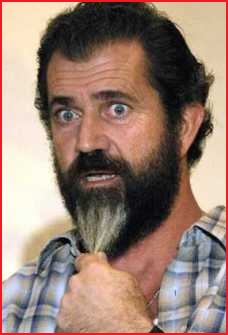 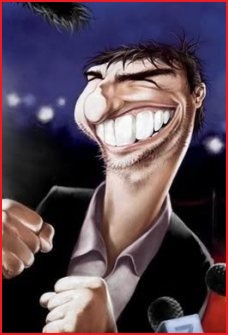 How many real “movie stars” do we have left?  Meryl Streep and Jack Nicholson are superb actors, but are they really old-school movie stars?  I would argue that we have about four super-duper, wham-bam-thank-you-ma’am movie stars:  Tom Cruise, Tom Hanks, Julia Roberts, and Mel Gibson.

If I was Hanks or Roberts, I would take one look at the box office for Cruise’s latest film, and I would take another look at what’s going on with Gibson and … I’d go back to bed.

Typo of the Week:

A CNN anchor was reporting about a mishap in space involving the International Space Station, and a crawl came across the bottom of the screen:  “… resupply ship flew passed space station …”

I went back to bed. 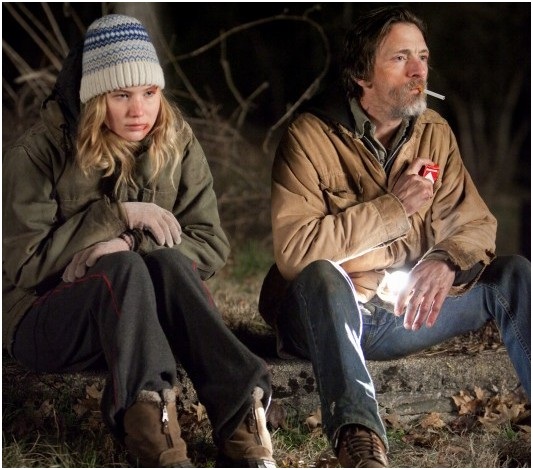 If you live in the city, or near the city, it can be easy to forget that there are multiple Americas.  Hollywood excels at showing us how rich America lives, and that’s where it spends most of its time.  We don’t call our movie capital “Tinseltown” for nothing.  When films do depict the poor, the stories are almost always drug-related, crime-related, and set in the inner city.

Then along comes a film like Winter’s Bone, just to remind us that there are other Americans out there, people sometimes referred to as “poor white trash,” people like 17-year-old Ree Dolly (Jennifer Lawrence).  Ree lives in the Ozark Mountains with her mentally ill mother and two siblings, both of them still children.  When her drug-dealing father abandons the family and puts their ramshackle home up as bail bond, it’s up to Ree to either find him or risk losing the homestead.

Winter’s Bone is worth seeing for atmosphere alone.  Ree’s rural neighbors are all colorful, but flesh-and-blood colorful, not caricatures.  At times, the movie feels less like fictional drama than like an old Charles Kuralt, “On the Road” TV special.  Lawrence, in a breakout performance as the unflinching, tough-as-nails Ree, will probably get Oscar consideration, but she’s matched by sad-eyed John Hawkes, playing her deceptively resourceful uncle.

There is one flaw to this movie, and it affects its overall impact:  The story is slight.   Writer-director Debra Granik builds dramatic tension as Ree hunts for her elusive father, but the payoff is not strong.  That lack of dramatic meat isn’t fatal, but it does prevent a very good movie from becoming a truly great one.       Grade:  B+ 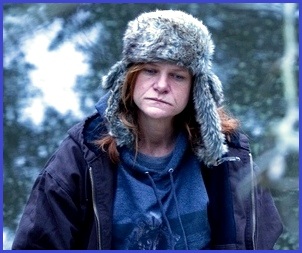