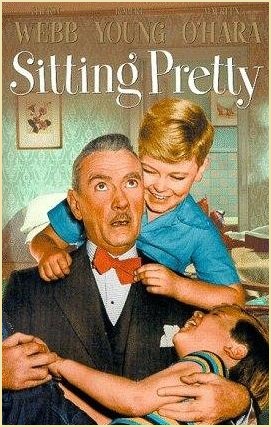 Clifton Webb was one of Hollywood’s great character actors, a rare star who could thumb through the yellow pages for five minutes straight — and make it interesting to watch.  Webb made a terrific villain (Laura), but he was probably most famous for creating the original “Mr. Belvedere,” a genius turned full-time babysitter, in this 1948 comedy classic co-starring Robert Young and Maureen O’Hara.  Watch Sitting Pretty for free by clicking here.

If you’re going to make an effective, thoughtful movie about alien abduction, your story had better hit very few false notes.  This is, after all, material that’s remarkably easy to mock:  little green (or grey) men, flying saucers – it’s all in the script, and every detail is a potential landmine if you want your movie to be taken seriously. Miraculously, Fire in the Sky works because director Robert Lieberman does almost everything right.

According to true believers, in November 1975 a work crew near Snowflake, Arizona was returning home when the men encountered an alien spaceship.  One of the crew, Travis Walton, was allegedly abducted and, after a five-day manhunt, mysteriously reappeared, shell-shocked and with an incredible tale to tell.  Walton went on to write a book depicting his supposed experience with aliens, and this film followed in 1993.

Now, whether you take any of this to heart or are simply in the mood for good science fiction, Fire in the Sky is well-crafted entertainment.  Lieberman wisely concentrates on character, focusing on the work crew, local law enforcement, and a skeptical Arizona public for two-thirds of the movie before turning things over to the “greys” and his special-effects department.

We can debate how true the film is to Walton’s book — and how true that book is to reality — but as thought-provoking entertainment, Fire in the Sky is a blast.           Grade:  B+ 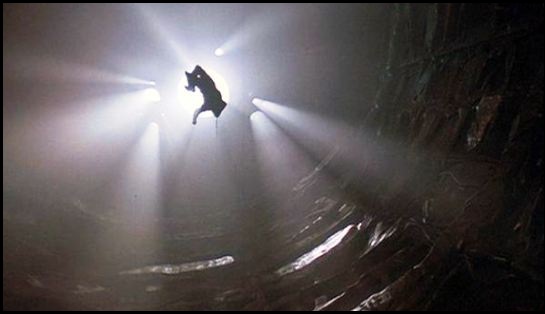 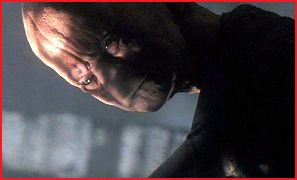