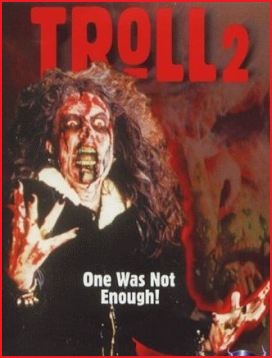 A new documentary called Best Worst Movie just opened at art-house cinemas.  It is a look at the making of 1990’s Troll 2, a movie reputedly so bad that it is rivaling Plan 9 from Outer Space for the crown of Worst Movie Ever Made.  I have not seen this documentary, although it’s generating positive reviews.  That’s more than can be said for its inspiration, which you can watch for free by clicking here.