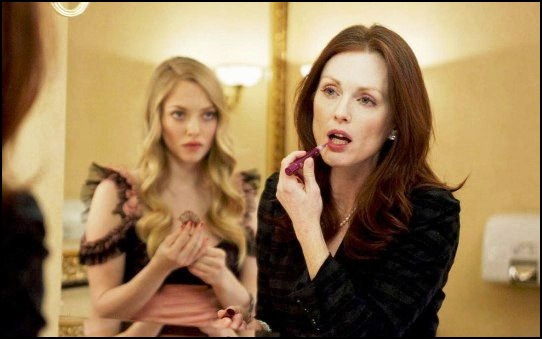 Enter Chloe (Amanda Seyfried), a glamorous young prostitute whom Catherine (Moore) spots from her office window and then decides to include in a fateful decision.  Catherine hires the girl to use as bait in a test of her husband’s fidelity, or lack thereof.  This decision – certainly atypical of most women, but handled deftly by screenwriter Erin Cressida Wilson (Secretary) – sends the story in unexpected directions.

Chloe’s problem is Seyfried.  The actress certainly looks the part, but she lacks the acting chops of, say, Glenn Close in Fatal Attraction, or Anne Baxter in All About Eve.  Unfortunately, Seyfried proves that less is more:  The less she wears, the more watchable the movie; the less she speaks, the more believable the story.  She lacks the gravitas needed for the titular role – although her titular rolls certainly defy gravity.  Sorry.

Chloe has its attractions.  The twist, as I’ve said, is a neat one.  Moore turns in yet another intriguing performance.  And the ballyhooed sex scene between Moore and Seyfried is suitably steamy – if you like that kind of thing on Cinemax.      Grade:  B 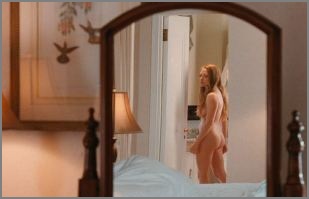