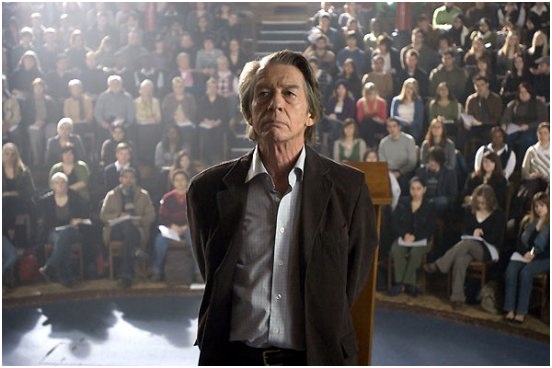 Mathematics is at the heart of the mystery in The Oxford Murders — but don’t let that scare you away from the film.  There is something much more chilling than the Pythagorean theorem in this movie:  Elijah Wood.  Someone made the ill-fated decision to cast Wood as a student mathematician and (gulp!) romantic hero in this whodunit, and that miscalculation might be the film’s greatest mystery.

We are asked to believe that Wood’s animal magnetism (iguanas have mates, correct?) is so irresistible that not one, but two fetching young women fall into his arms within minutes of meeting his character, Martin the math major.  Director Alex de la Iglesia tried spinning the casting of his leading man this way:  “I’m delighted to work with Elijah, who undoubtedly has the most powerful eyes in the industry and who is perfect for the part.”  Well.  The young actor’s eyes certainly are powerful, in a deathray sort of way.  In Oxford, Wood is also asked to remove his shirt for a sex scene with Spanish beauty Leonor Watling.  The scene depicts a bug-eyed Wood slurping spaghetti off Ms. Watling’s chest.  It also exposes audiences to Wood’s scrawny, pale torso.  The kid is in obvious need of the spaghetti.

To be fair, the horribly miscast lead actor is not the film’s only flaw.  I haven’t read the novel upon which the movie is based, but I’m guessing that plot developments that seem sketchy, implausible, and rushed on screen might be thoughtful and well-developed on the printed page.  The movie races through key plot points when it really should pause for all of us slow students in class.

John Hurt is excellent as famed mathematician-philosopher Arthur Seldom.  It’s the overmatched Wood’s misfortune to be paired with a consummate professional like Hurt in scene after scene – as if the romantic bits with Watling weren’t humiliation enough for one actor.

The movie did leave me with greater appreciation for people who are gifted with numbers.  Unfortunately, it also left me with a newly acquired aversion to spaghetti.       Grade:  C 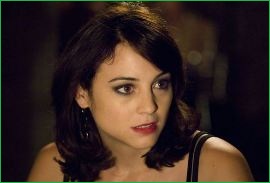 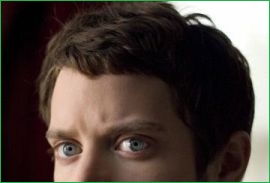 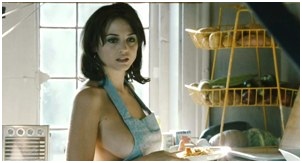