There is a movie from 1979 that I recall fondly, about a poor-little-rich-girl (Diane Lane) who runs away with a charismatic French boy.  The two 13-year-olds have but one goal:  to share a kiss under the Bridge of Sighs in Venice, Italy.

The movie is A Little Romance, directed by George Roy Hill.   It’s not a profound film by any means, but it is quite the charmer if you happen to be in the right mood.

In Kisses, two 11-year-olds (Shane Curry and Kelly O’Neill) also run away from home.  They, too, find romance, ride in a boat, and share a kiss – but this ain’t Venice and it sure ain’t the Bridge of Sighs.  Dylan and Kylie are two ragamuffins from broken homes in gritty, suburban Dublin, and they find their puppy love – and trouble – during one hardscrabble night in the big city.

In terms of plot, not that much transpires in Kisses.  Dylan and Kylie meet people, some of them good and some of them very bad.  They hunt for Dylan’s older brother, and they just … well, play.  They are 11-year-olds, after all.  Their journey begins like an Irish version of Huckleberry Finn, with the kids hitching a ride on a river dredger captained by a friendly fellow.  Their adventure ends with a frantic escape from the clutches of two child molesters.

So what do these kids learn from their night on the town?  As Kylie tells Dylan, “You were right, though.  There is no devil.  Just people.”  Which may or may not be the same thing.  Unpleasant things happen to our young heroes in Kisses, but this is far from an unpleasant movie.  In its humble, gritty way, Kisses is every bit as beguiling as A Little Romance.         Grade:  B+ 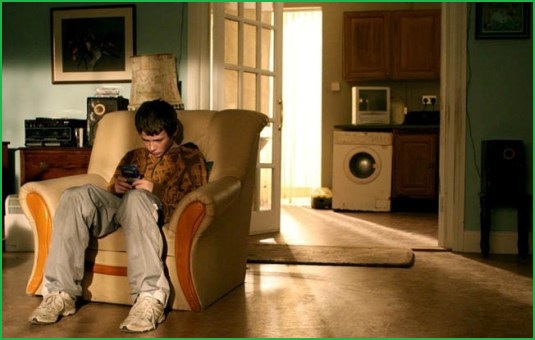 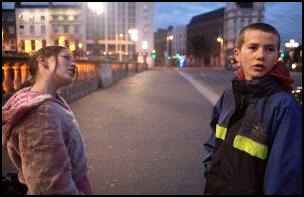