Harry Potter fans are breathlessly awaiting the first installment of the series finale, due out in November.  The anticipation got me wondering about the young Potter stars in the aftermath of Deathly Hallows — what will become of Daniel, Emma, and Rupert?  Herewith, I handicap their careers:

Emma Watson (Hermione):  I see Watson as having the best shot at a solid film career.  She’s following the Jodie Foster path by attending college, does not seem overly consumed by fame, and is cute as a button.

Rupert Grint (Ron):  Grint reminds me of Anthony Michael Hall in those old John Hughes movies.  He’s going to be stuck in comedies and in roles where he plays the “best friend,” but that isn’t necessarily a bad thing.  He has great comic flair and might be the best pure actor of the Potter trio.

I don’t normally seek out The Huffington Post for my humor fix, but I stumbled across this picture gallery the other day and I feel I should share it.  If you want more jock-strap jollies, click this link to check out the “Most Homoerotic Sports Photos Ever Taken.” 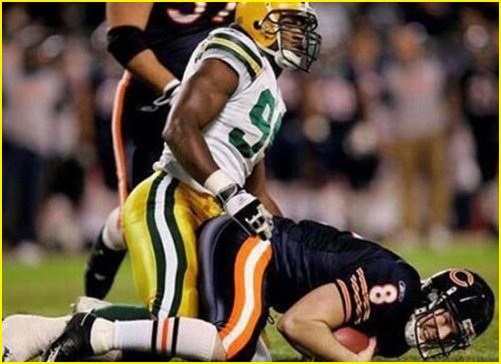 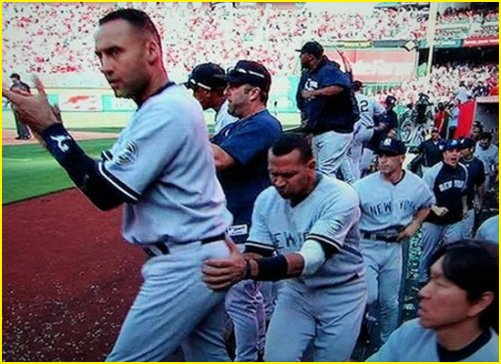 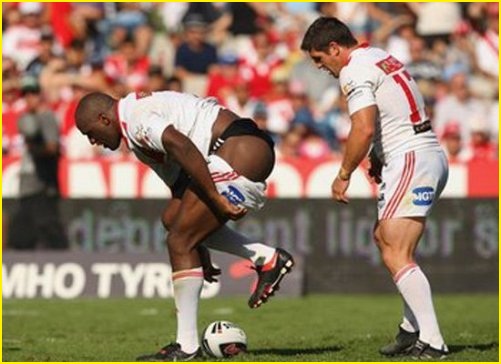 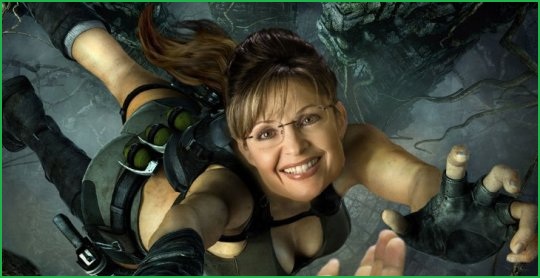 Sarah Palin’s invention of the word “refudiate” reminds me of other words that get butchered, sometimes with absurd consequences.

Discriminate — This is not an inherently “bad” word.  Once upon a time, to discriminate was considered a good thing, as in, “She has discriminating taste.”