I wanted to like Julia’s Eyes, really I did.  It’s been a long time since we’ve had a good blind-damsel-in-distress movie, maybe since Audrey Hepburn turned off the lights in 1967’s Wait Until Dark.  Alas, despite a handsome production, nifty direction, and some good acting, Julia’s Eyes is … dumb.

The thriller begins promisingly with the death of Julia’s twin sister Sara (both played by Belen Rueda), apparently by suicide.  Both women suffer from a degenerative eye disease.  Sara had gone completely blind, and it’s just a matter of time before Julia does, as well.  But was Sara’s death really a suicide?  Julia doesn’t believe so, but can she convince anyone else?  Have we seen this plot before?

Director Guillem Morales’s film goes wrong where nearly all films of this type do:  far-fetched storytelling.  The first half of the movie is basically a whodunit, but Who Did It becomes obvious early on.  Once we have that information, the movie turns into a routine killer-chasing-heroine exercise, with stale elements borrowed from The Silence of the Lambs, Rear Window, and yes, Wait Until Dark. 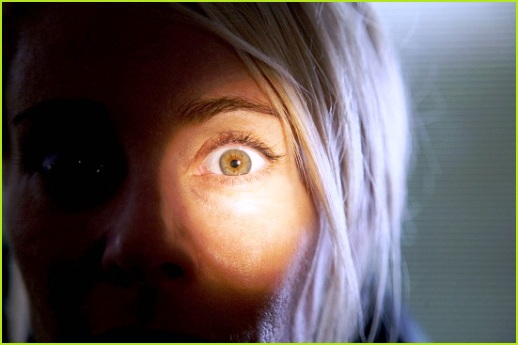 Unlike its esteemed predecessors, Julia’s Eyes lacks originality.  Instead, it has an abundance of clichés:  When Julia has an opportunity to stab the killer with a knife, she jabs him in the leg — that way, he won’t die and can continue to chase her.  We are asked to believe that the bad guy, played by an actor blessed with movie-star looks, is angry at the world because he feels “invisible” in day-to-day life.  And then there are the scary scenes that turn out to be — you guessed it — nightmares.

Some people will be drawn to this movie because one of its producers is Guillermo del Toro (Pan’s Labyrinth).  But as we’ve learned from Steven Spielberg, attaching a big name to a film project is no guarantee of quality.  Julia’s Eyes is frustratingly stupid.      Grade:  C+ 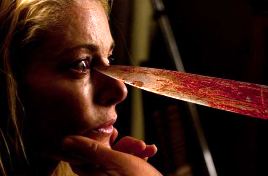 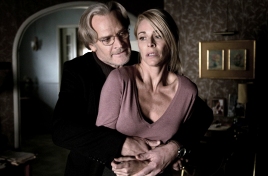 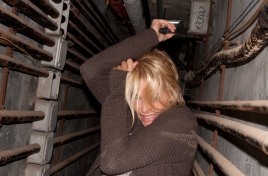 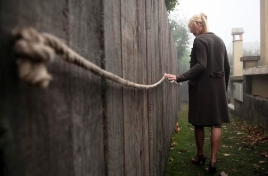 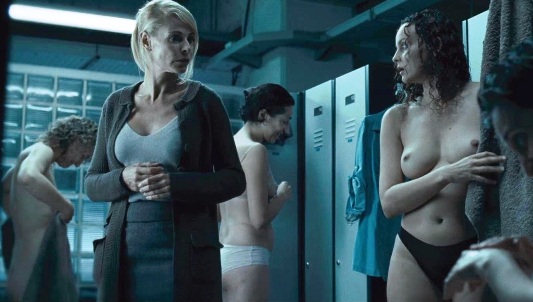