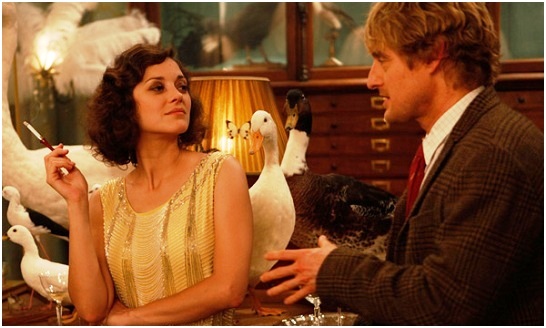 Midnight in Paris is like an episode of Bewitched for intellectuals.  Instead of Samantha conjuring Benjamin Franklin, it’s “Hey, look, it’s Ernest Hemingway!  What amusing things might he say?”  And, “Over there – it’s Scott and Zelda Fitzgerald!  What were they really like?”

Allen’s silly plot, straight out of 1940s Tinsel Town, has downtrodden groom-to-be Owen Wilson – a blonder, younger stand-in for Allen himself – stuck in the City of Light with his bitchy, materialistic fiancée Inez (Rachel McAdams) and her WASPish, overbearing parents.  To Gil (Wilson), his future in-laws are “fascists.”  To the parents, Gil is “communist.”  Also touring France is Michael Sheen as a boorish rival for Inez’s affections, a role honed to perfection by Ralph Bellamy in Hollywood’s golden age.

All of these antagonists conspire to make Gil’s sojourn in Paris a miserable one.  So imagine his delight when, abracadabra, at the stroke of midnight he is magically transported to 1920s Paree – and the company of the Fitzgeralds and other legendary artists including Picasso, Gertrude Stein, and the gruff Hemingway. 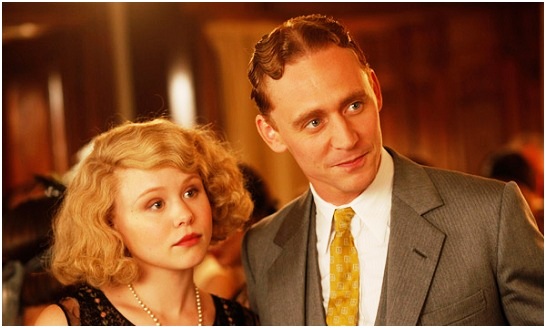 Allen is using a gimmick here, but it isn’t all that strong, which is probably why it was used repeatedly in sitcoms like Bewitched.  The one virtue you might expect from this literary leap-of-faith – witty dialogue between Gil and his heroes – is sadly lacking.  Hemingway wants to fight?  That’s the best Woody can come up with?

Instead, we have Gil battling his cartoonish in-laws.  You wouldn’t think it would take magic to make a guy head for the hills to escape these people.

I did like the girl (Lea Seydoux, a charmer) that Gil winds up with.  There should have been more of her, and less of Adriana (Marion Cotillard), the flapper who gets away.  There is also some gorgeous photography of Paris.  And Allen is always amusing when his characters are making fun of the types of people who, well, go to Woody Allen movies.  Midnight in Paris is making a lot of money (for an Allen film).  I suppose that’s because of the gimmick I just slammed.  Serves me right for making light of Bewitched.               Grade:  B- 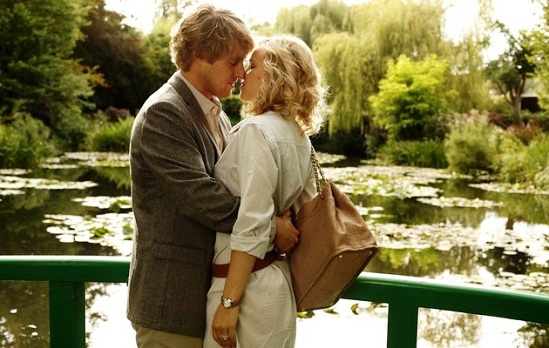 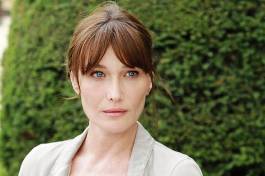 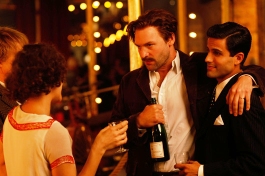 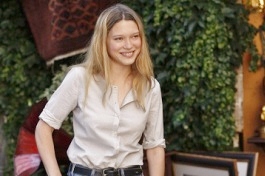 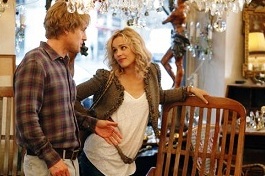 Free Flick of the Week: “The Last Detail” 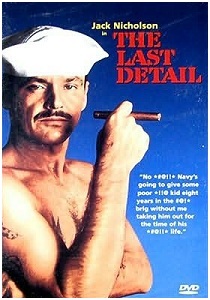 Jack Nicholson has evolved into one of our treasured character actors.  But back in the 1970s, Nicholson was something relatively new to American cinema:  a genuine movie star whose characters were often, well, jackasses.  Click here to see Jack the jackass in his prime in this 1973 gem co-starring a baby-faced Randy Quaid.