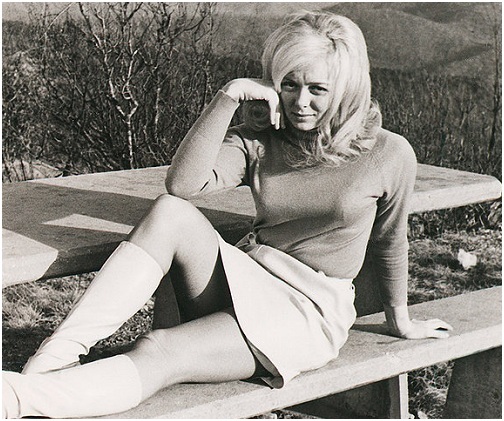 Poor Kirk Anderson.  Pasty-faced, flabby, and bespectacled, all Kirk wanted from life was to be able to wear his Mormon underwear, please his mother, and be left in peace.  And what did he get?  An obsessed southern beauty, that’s what; a former nude model so convinced that she and Kirk were “soul mates” that she hired a pilot, flew to England, (allegedly) kidnapped Kirk, tied him to a bed, and made wild passionate love to him.

Somebody called that rape, and before you could say “Fleet Street,” Scotland Yard got involved, and then the British press, and the next thing poor Kirk knew, his bizarre relationship with this, um, unusual woman, Joyce McKinney, was front-page news.  Thirty-four years later, the strange, sordid saga of Joyce and Kirk is back in the news, courtesy of filmmaker Errol Morris’s new documentary, Tabloid.

Morris tracked down McKinney (not hard to do; the woman seems to love the spotlight), but not Anderson (he declined to be interviewed), placed his camera in front of her, and let her talk.  And boy, does she ever. 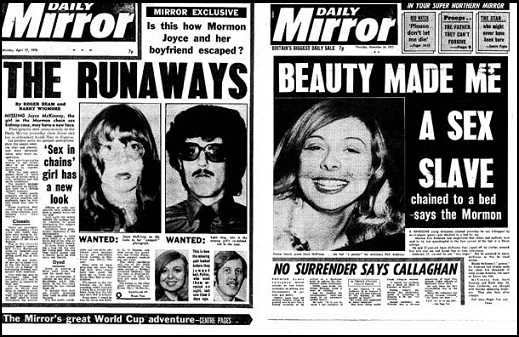 The problem with Tabloid is that we live in the age of Casey Anthony and O.J. Simpson.  Inevitably, a 1977 sex scandal that rocked England pales in comparison to the more lurid, sensational cases of recent years.  Morris’s interviews with McKinney and members of the British press seem quaint and insignificant, more like an episode of 20/20 than a feature-length film.

McKinney herself seems garden-variety eccentric, and not all that intriguing.  We all know people like her, even if they don’t share her colorful past.     Grade:  B- 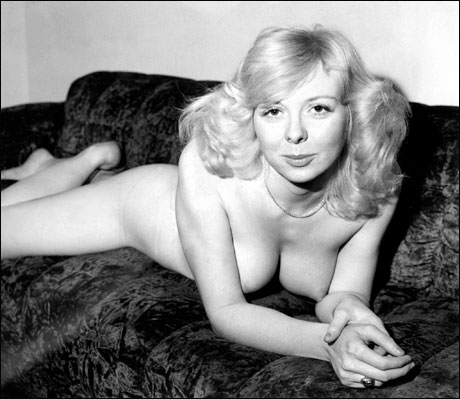