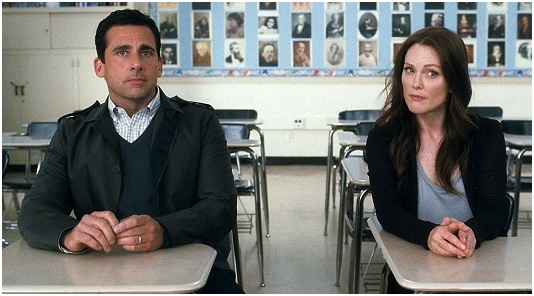 Glancing around the sparsely attended theater where I saw Crazy, Stupid, Love, this is what I observed:  several white-haired couples, aging Baby Boomers killing time on a weekday afternoon; a few young couples, possibly Obama Democrats, probably drawn by the movie’s youthful stars; and one fat guy in his twenties, seated alone and with a gigantic box of popcorn in hand.  This mixed bag of the American populace made me think of the outside world, and of all the unhappy clashes of Tea Parties and gay-rights advocates and Fox News and … never mind, we were there to watch a movie.

But as the film progressed, telling its story of sad-sack Steve Carell’s divorce from high-school sweetheart Julianne Moore and Carell’s conversion to swinging singlehood by playboy Ryan Gosling, I couldn’t help wondering what my fellow audience members might be thinking.  What did the white-haired couples think of 17-year-old Jessica (Analeigh Tipton), who delights a 13-year-old boy by giving him a racy memento – naked pictures of herself?  What did the fat guy with the popcorn think of Gosling’s character, who is presented as one cool lady killer, but whom the script insists must be transformed into a “nice guy” by the time the end credits roll?

It had to be a lot easier to write romantic comedies in the past.  Think what you will about Hollywood sexism and racism in the old days, at least the rules were easy to follow.  Not anymore.  What are we supposed to make of Emma Stone’s character, a “good girl” who decides to have a one-night-stand with Gosling – is she a slut or a liberated woman?  Is Carell a sensitive male, or a lily-livered pansy?  Is Gosling an admirable hunk – or a chauvinist pig in Yves Saint Laurent?  And are drunk scenes still funny? 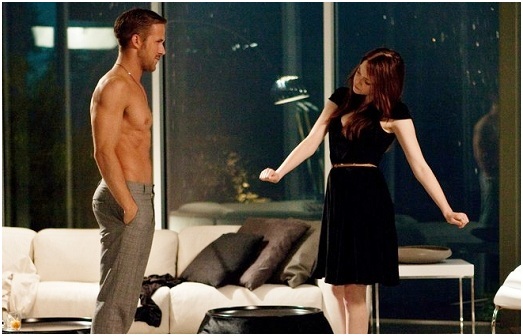 This movie is a mess, because like me, it can’t seem to decide what to make of its characters.  I don’t like to jump on other critics, but when Entertainment Weekly’s Owen Gleiberman says that Crazy, Stupid, Love is “the perfect combination of sexy, cute, wise, hilarious, and true,” I have to wonder what he’s been smoking.

Maybe he was referring to the simple truth that none of us can agree on what is wise, hilarious, and true anymore.  I guess I should have asked the fat guy with the popcorn what he thought.        Grade:  C 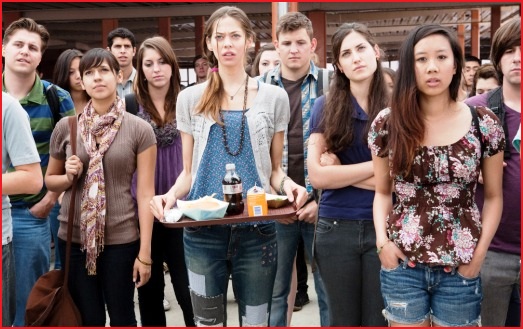 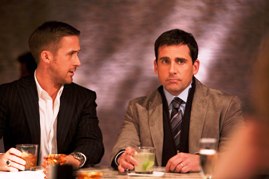 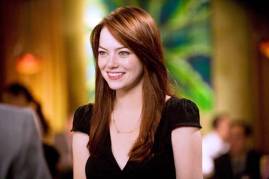 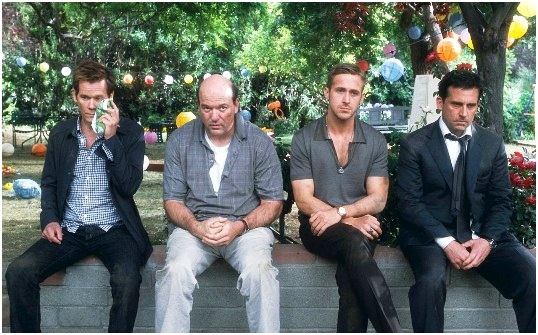