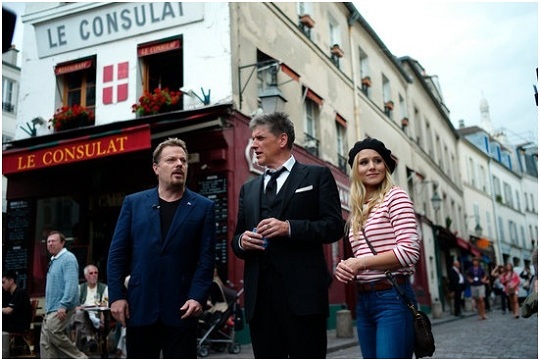 Craig Ferguson took his show to Paris last week, and the result was brilliant television.  Ferguson is at his best with just-plain folk, and his tours of French landmarks mixed with man-on-the-boulevard interviews were refreshing.

And whoever decided to send along cute-as-a-button Kristen Bell as Craig’s sidekick deserves a promotion.  What a great team they make.  And what a shame that Ferguson, Bell, and skeletal robot Geoff have to return to the CBS studio. 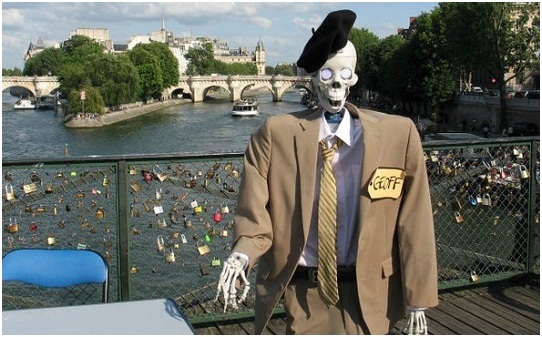 Dancing at the Moulin Rouge, sliding across the floor of Versailles, chatting up the owner of Shakespeare and Company, dining with French actor Jean Reno, “dropping” expensive wine, and cutting gourmet cheese — entertaining stuff, all of it.  And educational! 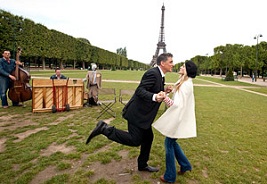 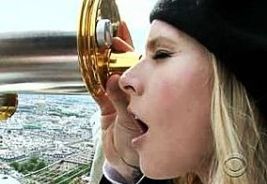 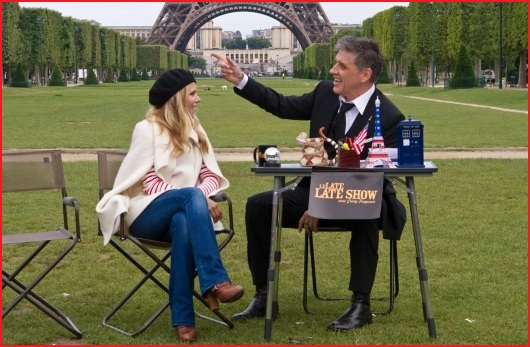 Sarah Rocha had a bone to pick.  Sarah who?

Sarah is a reader of Entertainment Weekly who was unhappy with a recent EW story about Daniel Craig, the film star who suffered the indignity of a media blitz for his crappy new movie, Cowboys and Aliens.  When EW’s interviewer was brazen enough to ask Craig how he felt about promoting his films, Craig growled, “I can’t do the tits-and-teeth stuff.  I’m not hardwired to do that.  I can’t sell.”

When asked about his wedding to actress Rachel Weisz, Craig snapped, “This question answers itself. …  No disrespect, but if you think it through, that’s the reason we’ve said fuck all on that subject.  Because it was private.”  When the journalist foolishly persisted, inquiring about Craig’s wedding ring, the sullen star barked, “You just see a line in the sand and want to fucking step over it.”

Sarah Rocha sent a letter to the EW editor:  “I’m sick of actors who act like jerks during interviews when personal questions come up, like Daniel Craig. … Boo-frickin’-hoo, famous people.” 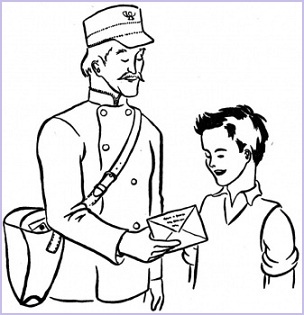 They are going to eliminate more post offices.  Makes sense to me, since e-mail has all but obliterated snail mail.  What does not make sense to me is all the sniping about the good ol’ U.S. Postal Service.

I’ve been around a long time now, both sending and receiving thousands of letters and packages, and in all my years I can recall one time — one time! — when something I mailed apparently got lost (in Puerto Rico).  As far as I’m concerned, the U.S. Postal Service has done an amazing job, so quit yer bitchin’, people! 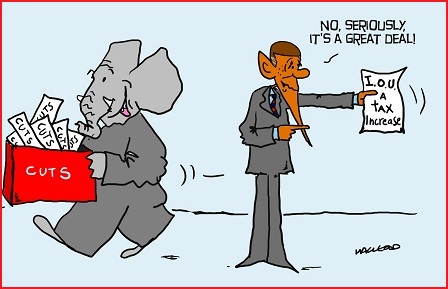 About the time Obama was elected president, I heard that he was reading Doris Kearns Goodwin’s book, Team of Rivals, which is about Lincoln’s admirable ability to play well with others in Washington.

I’m afraid that Obama took the book’s message too much to heart.  Some rivals will never be on your team.  Obama might be wise to head the advice of a guy who played on another team, baseball legend Leo Durocher, who famously told us:  “Nice guys finish last.”