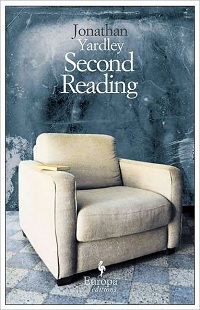 What a great book about books.  Yardley, a literature critic at The Washington Post since 1981, has an infectious writing style; I couldn’t decide what I enjoyed more, the prospect of digging into some of his recommendations, or the reviews themselves.  Yardley praises the majority of “notable and neglected books revisited,” but on occasion he unfurls critical claws, most memorably on Steinbeck (“too often, for me, reading his prose is like scraping one’s fingernails on a blackboard”), Ulysses (“a book I simply cannot read”), and The Catcher in the Rye and The Old Man and the Sea (“two of the most durable and beloved books in American literature and, by any reasonable critical standard, two of the worst”).  He also has some choice words for the National Book Award:  “I read Morte d’Urban not long after it won the NBA; in those years that prize still occasionally went to books that deserved it.”  But mostly, Second Reading is a love letter to the 60 books and authors in its pages.  I’d say more, but I have to get reading.