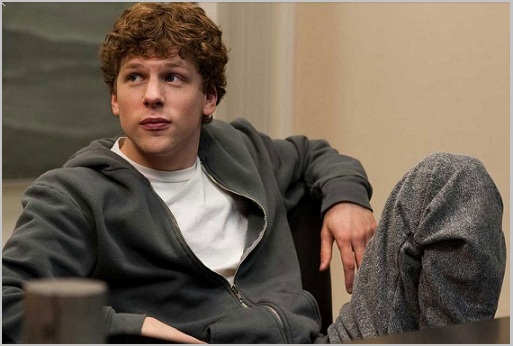 “This brilliantly entertaining and emotionally wrenching movie,” says The New Yorker’s David Denby, “… is a movie that is absolutely emblematic of its time and place.”

I guess I can agree with the last part of Denby’s appraisal.  The Social Network is nothing if not timely.  No one questions the impact of the Internet in general, and Facebook in particular, on the world as we know it.  But does it necessarily follow that David Fincher’s movie about the rise of Facebook founder Mark Zuckerberg is “brilliantly entertaining and emotionally wrenching”?

The Social Network is never dull; it has that going for it.  If you are 19, in college, and have big-time entrepreneurial dreams, you’ll probably love this movie.  For the rest of us, the film is primarily a voyeuristic character study and an opportunity to judge a big shot.  Who can resist having an opinion on the world’s youngest (26) billionaire?

A recent article in Entertainment Weekly portrays Social Network screenwriter extraordinaire Aaron Sorkin (The West Wing) as almost apologetic for his script’s depiction of Zuckerberg.  In the story, Sorkin says, “I feel bad.  I – I wanna buy him [the real Zuckerberg] a beer.”

But despite all the media speculation about Zuckerberg’s reaction (or lack thereof) to his negative portrayal in Social Network, I think Sorkin’s beer money should to go to Zuckerberg antagonists Cameron and Tyler Winklevoss.  As written by Sorkin, these two privileged WASPs are even less sympathetic than the arrogant-but-gutsy Zuckerberg.  When the Winklevoss twins claim “theft of intellectual property,” I had two reactions:  Do these pampered boys know how to spell “intellectual”?  And, will someone please explain how any of these college kids could claim “rights” to a concept that was – wasn’t it? – basically a rip-off of two existing sites, MySpace and Friendster?

None of this power grabbing makes for particularly gripping cinema.  It’s interesting, but no more than that.  It’s natural to be curious about how such a young man became so rich so fast.  And I’ll have to concede that the final shot, in which Zuckerberg the billionaire boy wonder is revealed as no different than the millions of lonely-hearts who frequent Facebook, is touching.  It’s a nod to the finale of Citizen Kane, but a 26-year-old man-child pining for the girl who dumped him is no burning Rosebud.          Grade:  B 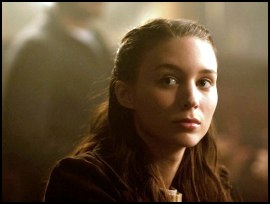 Track of the Cat

Writing a book (a real one – sorry, Snooki) is an incredibly difficult undertaking.  I know this, because I did it once.  So I don’t take a great deal of pleasure in trashing someone else’s novel (well, maybe yours, Snooki).  But when a writer becomes wealthy and routinely appears on The New York Times Best Seller list by cranking out junk like Track of the Cat … well, I’m gonna bitch about it.  Barr’s book is a bad one, and she is a bad writer.  Here is a sample sentence from this so-called thriller:  “Anna forced every spark of her concentration into her hearing until it felt as if her ears waved around her head on stalks.”  That conjures a ridiculous image, and it’s crappy prose from an amateurish writer.  Even Snooki might do better.