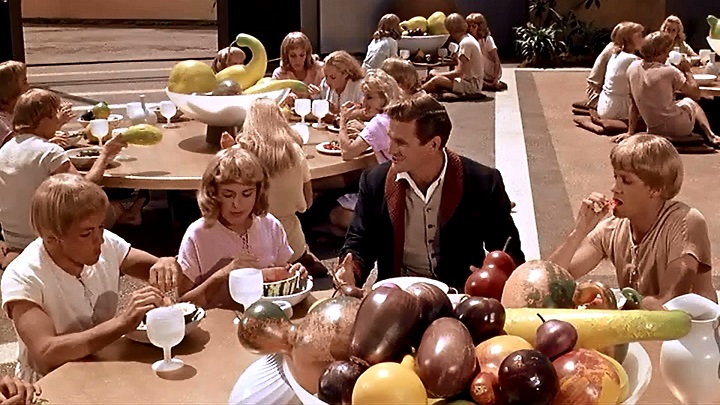 I don’t have kids, so the future of America belongs neither to me nor to the fruit of my loins. (I do, however, have some Fruit of the Loom underwear from the 1980s, in case anyone’s interested.)

But I watch the news, and I see that schools are teaching your precious snowflakes about the “1619 Project,” “Critical Race Theory,” and drag shows from local red-light districts. Some people think this is progress; other people envision what I envision: a nation of Eloi, the passive, socialistic young people in H.G. Wells’s The Time Machine.

I’ve said this before and I’ll say it again. Read Wells’s dystopian novel (or, if that’s too much to ask, watch the 1960 movie) and decide what you think of the Eloi and their foes, the Morlocks.

The Eloi are docile and ignorant but apparently happy. They eat lots of fruit (see photo above). The Morlocks have been forced underground and are unreservedly hostile — to say the least. They are ugly and brutish (see photo below). Together, these two versions of humanity are forced to co-exist. 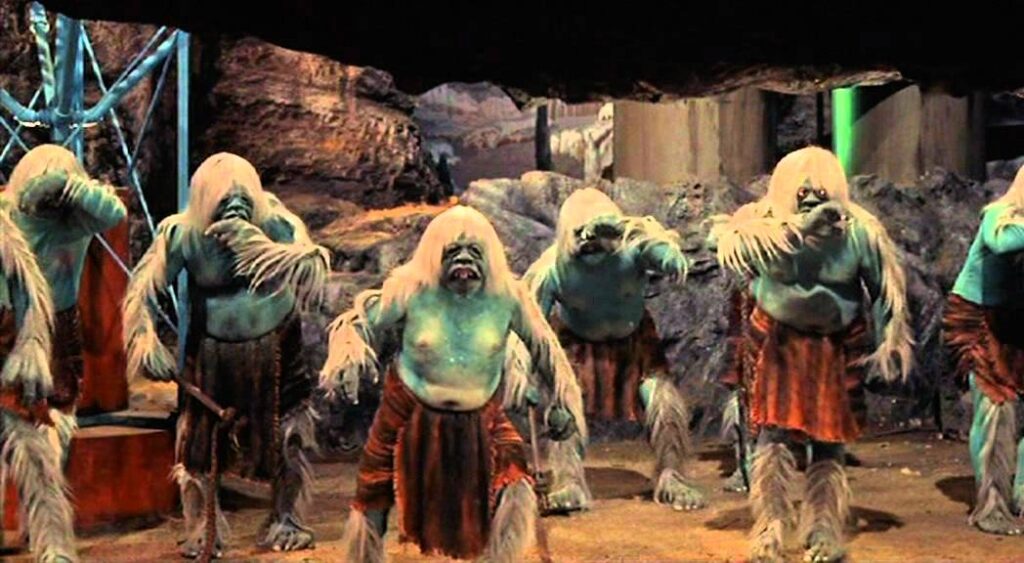 I am a grumpy, oldish, chain-smoking, pot-bellied male who rarely leaves the cave and has yet to be vaccinated. In Wells’s world, that would no doubt qualify me as a deplorable Morlock.

And yet I’d much prefer the company of the uncouth Morlocks to that of the dimwitted Eloi.

On the other hand, if the space aliens who are orchestrating our Great Reset demand that I join the Eloi or face extinction, well, point me in the direction of Yvette Mimieux. The Eloi might be brainwashed sheep, but they are good-looking sheep.

The difference, methinks, between the Morlocks/Eloi of The Time Machine and today’s Right/Left is that today’s warring factions are (for the most part) not so stupid.

Deep down, I suspect that many on the right will concede that the left’s goals are admirable. How can anyone be against a fairer society? Income disparities are too great, discrimination based on race is abhorrent, and no one should be marginalized based on sexual orientation.

The problem lies with the left’s means to an end. They downplay human nature, and they don’t want to deal with nuance. They are becoming authoritarian — and that’s worse than whatever “utopia” they hope to achieve.

The problem with Maher remains his blind hatred of All Things Trump, an animosity which apparently stems from some lawsuit the two of them engaged in years ago.

It’s time for an “illegal alien clock,” which will spin crazily and predict how long before illegals outnumber Americans in the United States.

Unlike the national debt clock, which most people want to slow down, the illegal alien clock will go faster and faster, because that’s what our president and the Democrats apparently want. 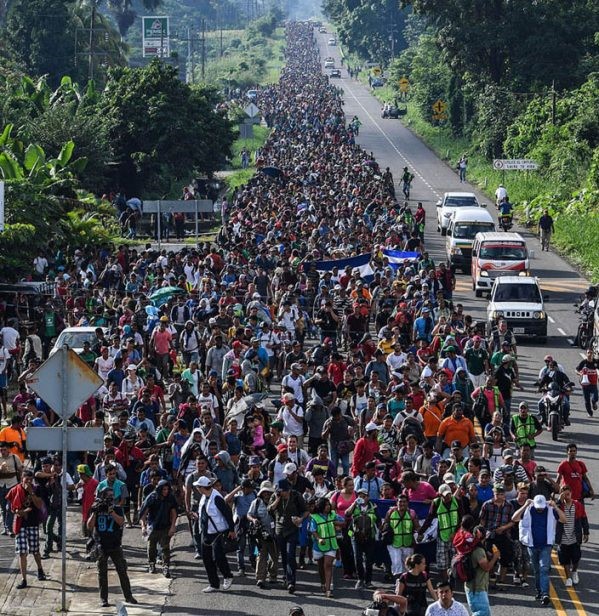 I was reading an article about Kamala Harris in Politico when the story was interrupted by an advertisement (below).

It does say “Advertisement” in faint, small type, but geez, Politico. 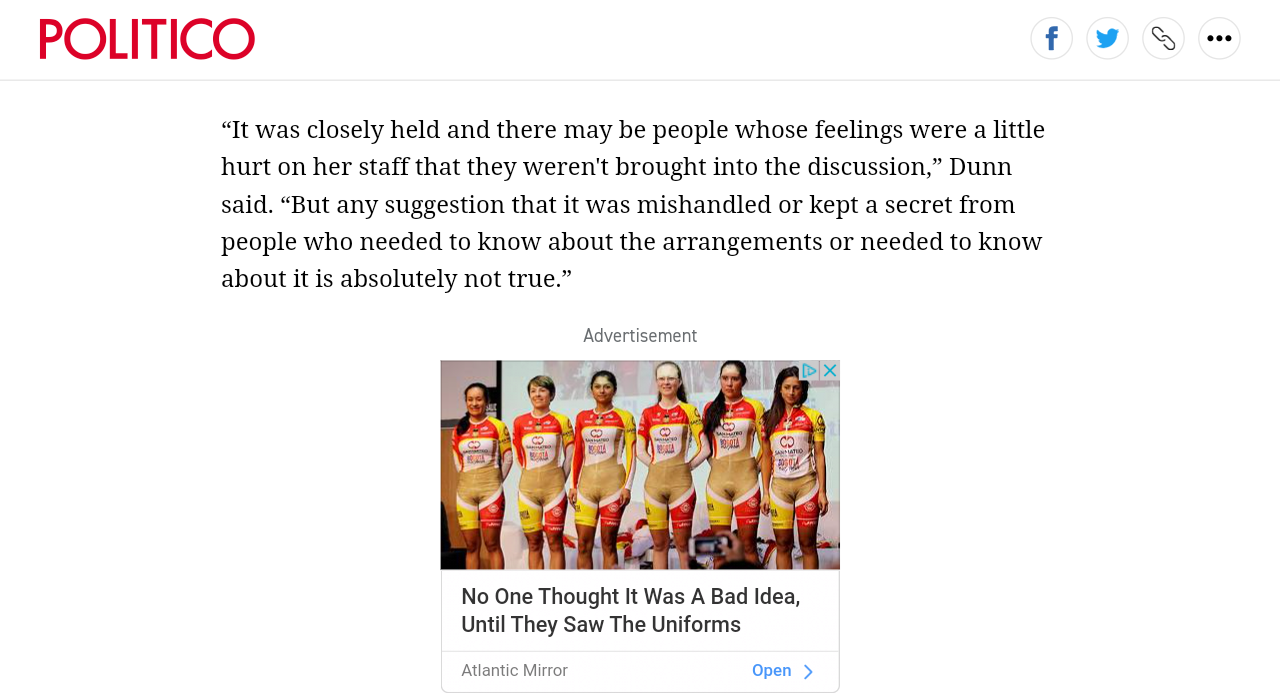 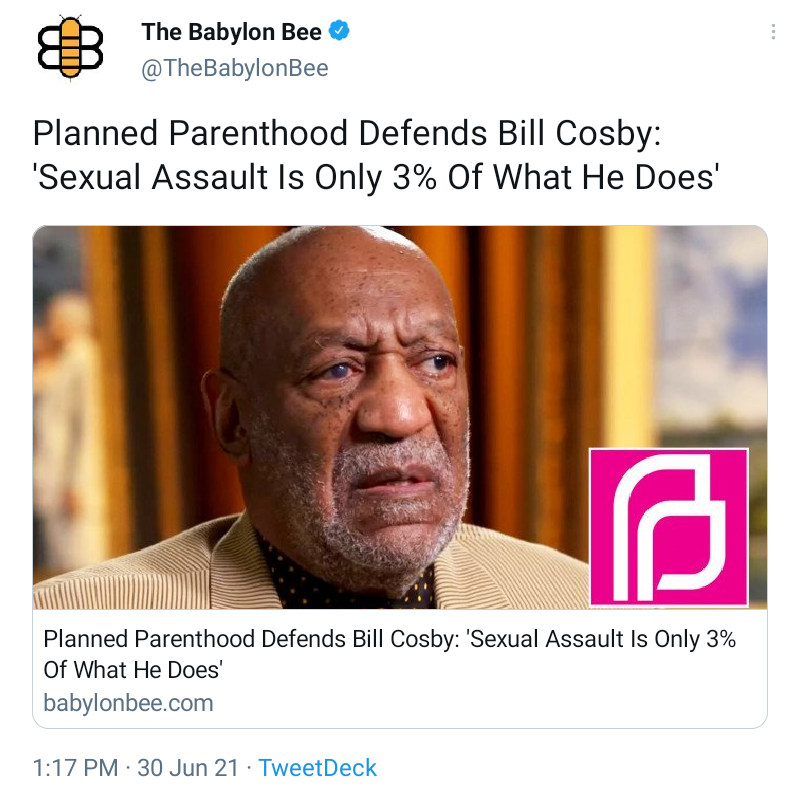