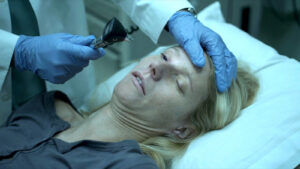 For about an hour, Contagion is superb: eerily prescient, educational, and a first-rate thriller. Steven Soderbergh’s 2011 drama about a killer virus that originates in China and then spreads worldwide pushes a lot of emotional buttons, in no small part because it so accurately predicts much of what COVID 19 hath wrought. Soderbergh ratchets up the tension as health officials race to find the source of the virus and then, hopefully, to produce a vaccine.

Yet the second half of the movie is oddly anti-climactic. As the story shifts to less-than-compelling subplots involving those health officials and regular folk, the suspense peters out. Release: 2011 Grade: B

Scary Stories to Tell in the Dark 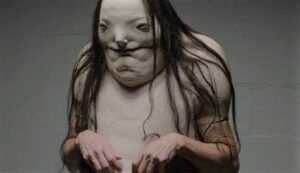 The gist: A young girl and her pals discover an old book that conjures monsters bent on avenging injustices perpetrated by the citizens of tiny Mill Valley. I realize I’m not the target audience for this movie, which could be described as Nancy Drew meets Guillermo del Toro (he’s a producer and writer). The target audience would be young teens. But still, it would be nice if Scary’s plot wasn’t so derivative and predictable. You can usually guess what’s going to happen five minutes before it does.

Also, much like its plot, the film’s politics are about as subtle as a severed toe in your stew. Every time someone passes a television (this is 1968), we are reminded just how bad “Tricky Dick” Nixon was. And the chief sin in Mill Valley seems to be a white male population that is 95 percent racist.

On the plus side, the movie does look good (I sense del Toro’s influence), the monsters are amusing, and it isn’t boring — just annoying. Release: 2019 Grade: C