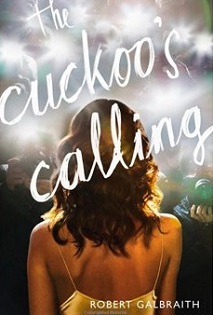 I thoroughly enjoyed J. K. Rowling’s Harry Potter books, but when I did have complaints about them, they were usually related to plot – there was often too much of it. Rowling’s characters were delightful, but her convoluted back stories could be challenging.

Ditto for The Cuckoo’s Calling, an old-fashioned detective yarn that Rowling wrote under the pseudonym “Robert Galbraith.” Cuckoo’s protagonist, a war vet turned private investigator named Cormoran Strike, is interesting and likable, and Rowling’s supporting cast is colorful. But when crucial plot points unfold near the end of the story, my eyes would occasionally glaze over; it feels like over-plotting when it takes the hero an entire chapter to explain how he solved the case.

I might be nitpicking because, as with the Potter books, getting to the end of the story is a lot of fun. The slovenly Strike sleeps on a makeshift bed in his tiny office, drinks too much, and bumps heads with the rich and famous in London as he investigates the apparent suicide of a supermodel. He is aided by a temp worker who becomes his girl Friday and, presumably, his potential love interest. Together, this duo makes Cuckoo a pleasure to read – complex plot be damned.