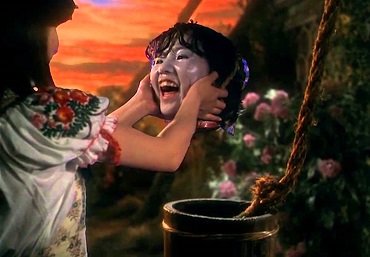 Seven schoolgirls visit an old woman’s house in the country and get more than they bargained for in this standard-issue horror film from Japan. Just … kidding. There is nothing “standard issue” or normal about this 1977 mind-fuck from director Nobuhiku Obayashi. I suppose it’s what you might get if you tossed Where the Boys Are, The Haunting, and an Itchy & Scratchy cartoon into a blender – and then dropped acid before watching the result. Release: 1977  Grade: A, B, C, D and F 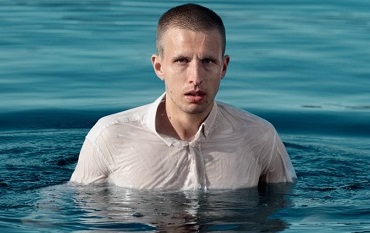 Absorbing drama about a day in the life of a drug addict (Anders Danielsen Lie), a young man on leave from rehab for a job interview and who decides to revisit old pals and haunts in Oslo. What keeps this compelling film from cinematic greatness is its tone of clinical detachment, which makes it difficult to care all that much about the young man’s fate. Release: 2011 Grade: B+

Déjà vu, baby. I’m pretty sure I saw this movie before, way back in 1982. Back then, it featured a film star’s son (Andrew Stevens, Stella’s boy) cast as a perverted loner who is obsessed with a beauty (Morgan Fairchild). He spies on her when she’s naked, attempts to ingratiate himself with her, makes her life a living hell, and is finally unmasked in time for a climactic showdown.

This go-round, in Alone with Her, the film star’s kid is Colin Hanks, son of Tom, and the victimized girl is Ana Claudia Talancon. But as was the case with 1982’s The Seduction, Alone is more unpleasant than suspenseful. Fairchild and Talancon take showers in their respective movies;  after watching this creep-out, you might need one, as well.  Release: 2006 Grade: C