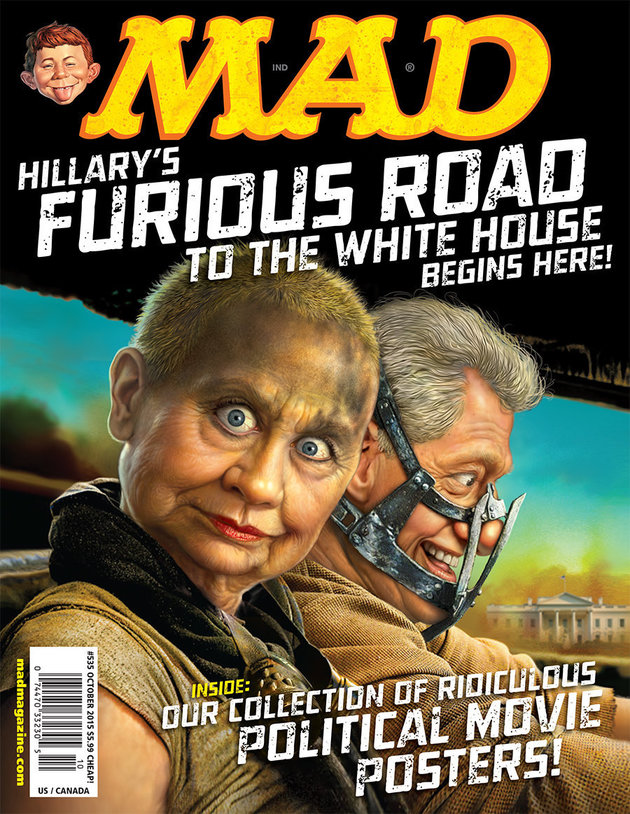 I thought MAD magazine stopped being funny decades ago – or when I finally grew up, whichever came first – but this new cover is awesome.

Normally, I can’t watch MSNBC’s Chris Matthews without holding an umbrella, due to the voluminous spittle he ejects, but I thought Matthews did a great job summing up Donald Trump’s appeal at the end of his Tuesday show (41-minute mark).

Gee, I wonder how The Huffington Post really feels about Trump?

And gosh, I wonder how The Donald really feels about the pundits?

Thought I would check out Bing’s language translator: