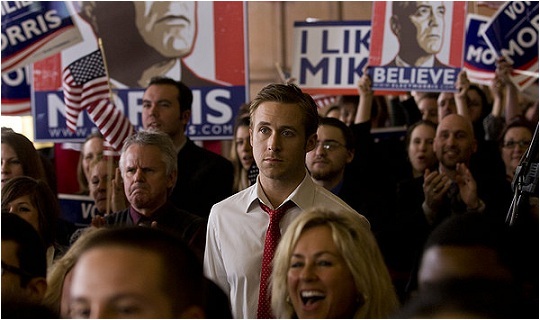 My name is Grouchy, and I am a politics junkie.  My pusher is the media, and my enabler is cable news.  If you tell me that you’ve got a political movie starring Ryan Gosling, George Clooney, Philip Seymour Hoffman, Marisa Tomei and Paul Giamatti … I am there.  I mean, I was a big fan of The West Wing — weren’t you?

Alas, watching The Ides of March is more like watching an energy debate on C-SPAN.  It feeds the junkie’s habit, but that’s about it.

Gosling stars as Stephen, a hotshot campaign manager who, during a crucial Democratic primary in Ohio, uncovers political dirt that threatens his ideals and career.  And therein lies the problem with The Ides of March.  Gosling, attractive and talented as he may be, is not very convincing as some babe in the political woods; he’s too old and too savvy to be shocked or disillusioned by the antics of men in power.

Then, too, the screenplay itself (co-written by Clooney) seems about 20 years behind the times.  In this age of Internet blogs and cable-news gossip, it takes a lot to shock an audience.  So why are so many of the characters in this movie knocked off their feet by the plot’s “scandals”?  And I’m not referring solely to an unsavory sex revelation. 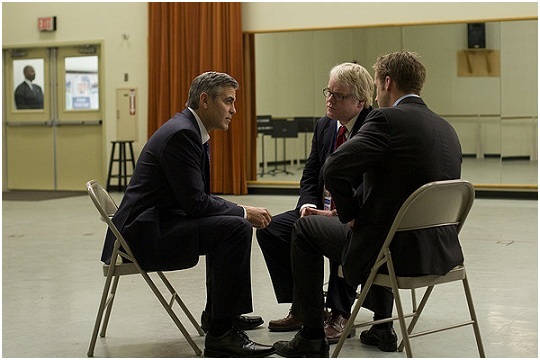 Clooney could have used West Wing’s Aaron Sorkin to punch up his dialogue.  Consider this line from Evan Rachel Wood to Gosling, which is supposed to represent flirtation:

Or this exchange between Gosling and Tomei, the latter playing a print journalist:

Gosling:  “Who told you that?”

And this bon mot tossed off by Hoffman, rising from his chair after a confab with colleagues: “And on that note, I’m gonna take a shit.”

Somewhere, Sorkin is rolling over in his HBO money.

The movie is watchable because Clooney gets some real juice out of the other actors, especially Giamatti.  And, speaking as a politics junkie, it’s amusing to see the liberal Clooney make a film about Democrats who project the exact opposite of “hope and change.”  And on that note, I’m gonna–           Grade:  B 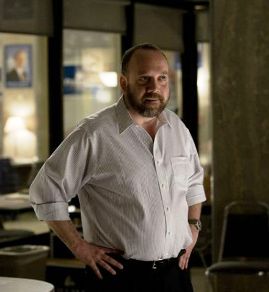 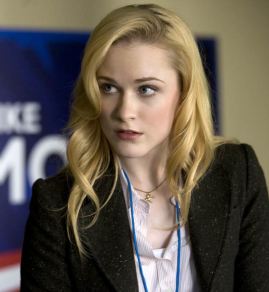 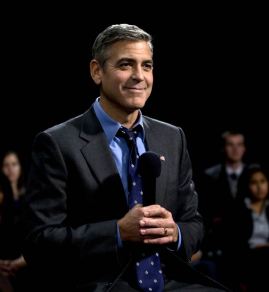 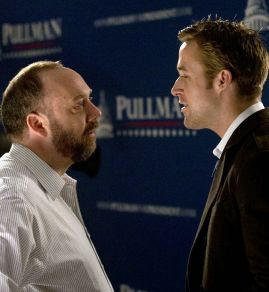 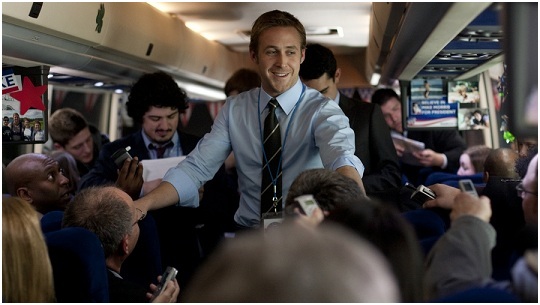