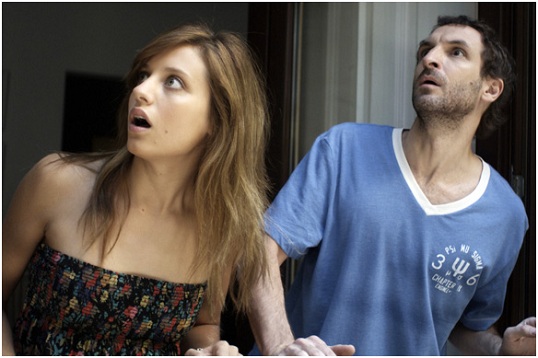 Half the battle of making a good romantic comedy comes with the casting.  If your main characters are personable, the audience will forgive a host of ancillary sins:  a silly story, clunky dialogue, dime-store special effects.  Too many American rom-coms ask us to empathize with young people who are very pretty — and self-absorbed, and snarky, and spoiled.  Self-awareness replaces charisma; insults pass for wit.

Extraterrestrial, a Spanish romantic comedy, features people behaving badly, absurd plot turns, and not much in the way of special effects, but none of that really matters because the protagonists are so darned appealing.

Julio (Julian Villagran) wakes up in bed after a night of heavy partying.  But it’s not his own bed.  And it’s not his wife who is in the kitchen making coffee.  Those are the least of Julio’s morning surprises.  When he and new bedmate Julia (Michelle Jenner) detect an eerie calm in her neighborhood and take a gander out the window, they spot a flying saucer hovering in the sky.

That UFO is a plot device, so don’t go into Extraterrestrial expecting to see any, well, extraterrestrials.  Instead, expect to see Julia’s boyfriend (Raul Cimas), a good-natured oaf who is clueless about space invaders and girlfriend invaders alike, and expect to meet a comical endomorph named Angel (Carlos Areces), a bachelor who lives next door and who turns a budding love triangle into an even messier love quadrangle. 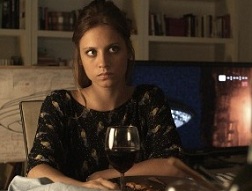 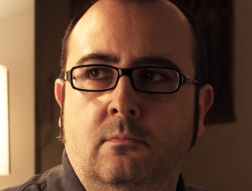 All four Madrilenians hole up in the apartment building.  Paranoia, slapstick, and secret trysts ensue.  The script, wobbly from the get-go, continues to fall apart as these dimwits do dimwitted things, but the whole thing is so good-hearted and unpredictable that it doesn’t really matter.  Well, maybe just a bit.       Grade:  B 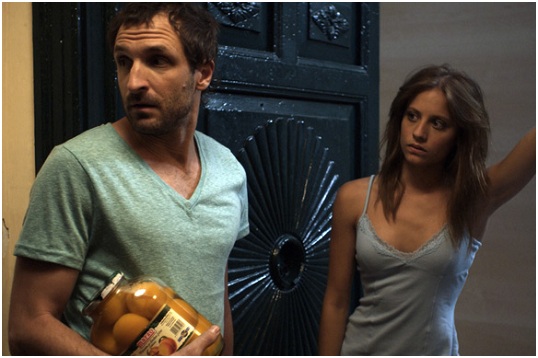