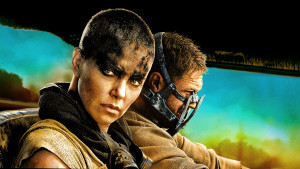 Director George Miller returns to post-apocalyptic Australia to deliver a two-hour cartoon that looks really cool, but which has very little to engage the mind. That’s a fine thing if you’re 12 years old, but some of us geezers recall a time when big-budget action flicks at least made a token effort to provide the semblance of a plot, or one or two characters who do more than grunt their lines. But if all you require is a movie with spectacular chase scenes and things that go boom, this ought to more than satisfy you.  Release: 2015  Grade: B- 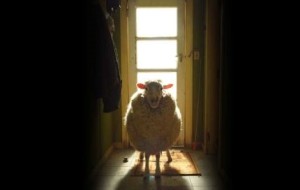 Genetic engineering goes wrong, turning thousands of harmless sheep into bloodthirsty beasts as they run amok in the New Zealand countryside. It’s not quite as funny as it sounds – there’s too much emphasis on gore and special effects, not enough on the (sorry) sheer lunacy of actual sheep on a killer rampage. Then again, the image of hundreds of corpulent sheep congregating on a hilltop, preparing to attack like the schoolyard crows in The Birds, still brings a smile to my face. Release: 2006  Grade: B- 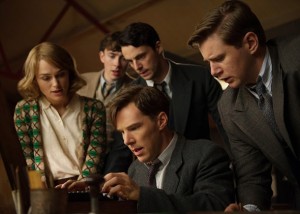 After watching this movie and then doing some research on the real-life people and events that inspired it, I felt much the same way that I felt years ago after reading James Frey’s infamous “memoir,” A Million Little Pieces: Yes, it was a bummer to learn that the film (or book) took so many liberties with reality – but I liked it anyway.

Is it fair to criticize the makers of The Imitation Game for altering the story of Alan Turing, the gay, brilliant mathematician who was instrumental in cracking a Nazi code during World War II? I think it is, especially when the movie opens with the standard “based on a true story” tagline, and especially when the names of real people are retained. If you can shrug off that “artistic license,” though, Benedict Cumberbatch’s performance as Turing and the inherent suspense of the story make for a touching, powerful drama.  Release: 2014   Grade: B+