A funny thing happened while I was binge-watching Making a Murderer, Netflix’s ballyhooed docuseries about Steven Avery, the Wisconsin man who was convicted of sexual assault, exonerated 18 years later by DNA evidence, only to be convicted a second time, this time for a murder. After being sucked in by eight (of ten) engrossing episodes about Avery and the evidently corrupt Wisconsin legal system, I decided to take a break from my marathon viewing to do a little outside research.

And just like that, I went from disbelief and outright anger over Avery’s raw deal to, if not support of Wisconsin law enforcement, at least some benefit of the doubt.

The biggest problem I had, and still have, is with the murder that occurred in 2005.  If Avery and Dassey didn’t do it, then who did, and why?

Part of what makes this series so fascinating is the long, strange saga of Avery and his legal adversaries (filmmakers Laura Ricciardi and Moira Demos spent ten years making this docuseries). In 1985, Avery was convicted for the sexual assault of a female jogger. In 2003, DNA evidence proved conclusively that he was innocent of that crime. Just two years after his release from an 18-year stay in prison, he was again accused, this time of the murder of a free-lance photographer who was last seen taking pictures on his property.

Avery seemed a likely suspect, but Ricciardi and Demos make it abundantly clear that Manitowoc County officials had strong motivation to see the ex-convict behind bars again, in part because he was suing the county for millions over his wrongful imprisonment. Time and again, Ricciardi and Demos expose cops and prosecutors behaving either unethically, or illegally, in their zeal to nail Avery.

But again, who killed 25-year-old Teresa Halbach, the photographer who disappeared after visiting the Avery family scrapyard? There are no clear answers. Avery’s own lawyers seem unsure of his guilt or innocence. I went from initially feeling pity for Avery to wondering if he was just a wily ex-convict, gaming everyone in his orbit — including the filmmakers.

I did some reading (here and here, for starters), and it appears that Ricciardi and Demos might well be guilty of the same sin they pin so vividly on Wisconsin officials: bending the facts to suit a predetermined result. In Making a Murderer, Wisconsin cops and prosecutors appear crooked or incompetent, but we only hear from them in the courtroom or at press conferences, often looking shifty-eyed and with ominous music playing in the background. Avery family members, on the other hand, are interviewed extensively, appearing teary-eyed and with mournful music on the soundtrack. Avery defense attorneys are presented as crusading heroes; lead prosecutor Ken Kratz is presented as an arrogant pervert. Clearly, Kratz and other Wisconsin officials behaved atrociously – but does that necessarily mean they got the wrong guy?

As a civics lesson – and as a deterrent to ever, ever getting swept into the criminal justice system – Making a Murderer is must-see television. It will fill you with righteous indignation. If you like to find out the truth, it will also frustrate you. 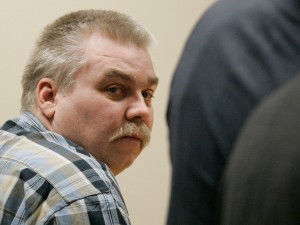