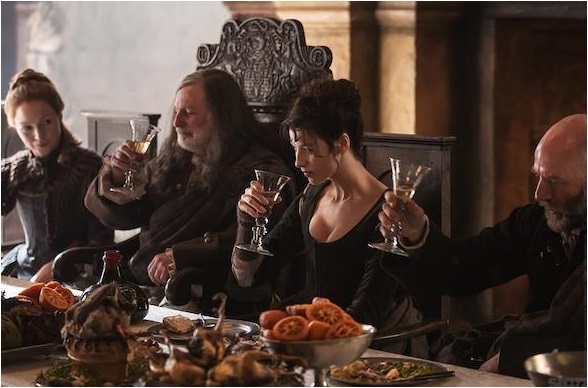 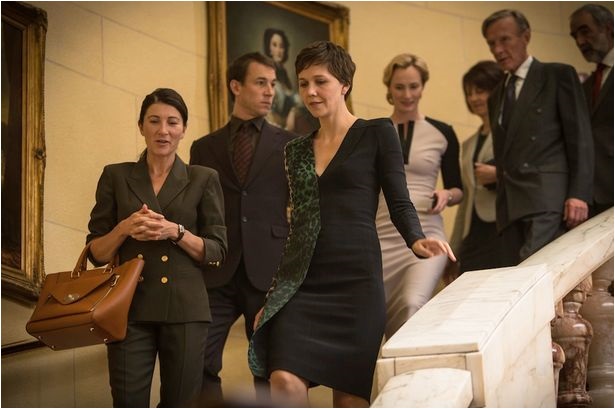 The Honourable Woman (SundanceTV):  This drama starring Maggie Gyllenhaal and set in the Middle East and England has an awful lot going for it.  It’s intelligent and has sharp dialogue, fine acting, and timely subject matter.  But so far (through four episodes), it is also, at times, a bit slow and lacking in suspense.  So far.   Grade:  B+

Manhattan (WGN America):  Another intelligent drama, but with a bit more soap opera.  Again, the subject matter is compelling:  World War II scientists are confined to a base in New Mexico where they race to create the atomic bomb.  But Manhattan has another weapon in its arsenal — its unique, concentration camp-like setting.  Grade:  B+

Outlander (Starz):  Silly but fun romance.  You have to buy into an absurd premise — woman time-travels from the 1940s back to 18th-century Scotland — but if you don’t mind that, this is well-done fantasy.  (Picture at top)  Grade:  B 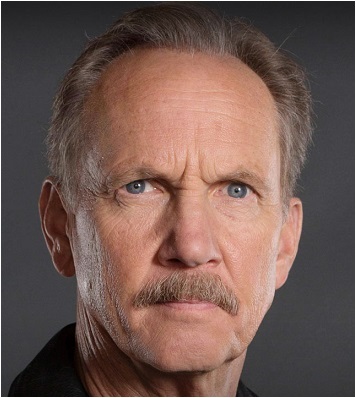 Michael O’Neill — bet you don’t recognize the name.  But I’ll bet you do recognize the stern-looking mug pictured above, because no one plays a better villain than O’Neill, who lately has been stirring up trouble seemingly everywhere, including Bates Motel, Rectify, and Extant. 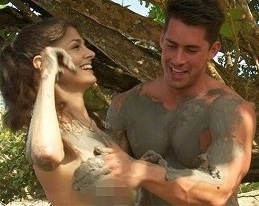 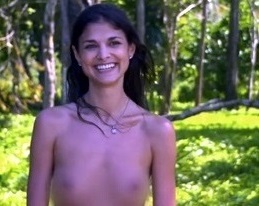 Jessie Nizewitz appeared on Dating Naked and is now suing VH1 for ten million bucks, because an uncensored shot of Jessie’s crotch made it onto the show.  VH1 is calling it a mistake, but my guess is that some rascal in the editing room wondered if he could get by with it.  Here is the shot, plus some blurred Jessie (above), because you want to see. 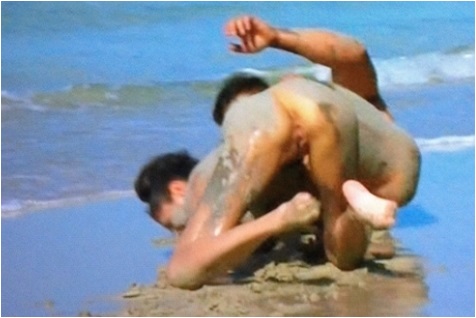 Looks as though we’re all being conditioned for another ground war in the Middle East.  In our great country, this decision should be an easy call because our generals and politicians never lie to us, nor do they try to frighten us. 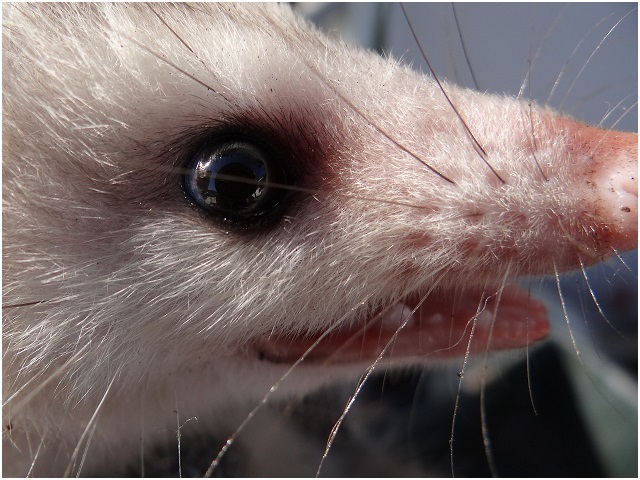