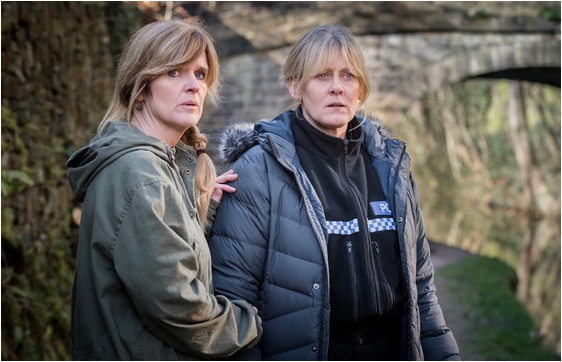 I make a distinction because Valley is terrific television for four hours, up to and including the nail-biting conclusion of episode four.  But after that hair-raising segment, the final two episodes are a bit, well, anticlimactic.

You might have noticed that I just used two dreaded clichés:  “nail-biting” and “hair-raising.”  Movies and TV shows do not ordinarily have me gnawing my cuticles, nor is it likely that my greying mane has ever, literally, stood on end as I watched a piece of fiction.  But man … I couldn’t swear that I wasn’t both chewing and sprouting during some of the more riveting moments of Happy Valley. 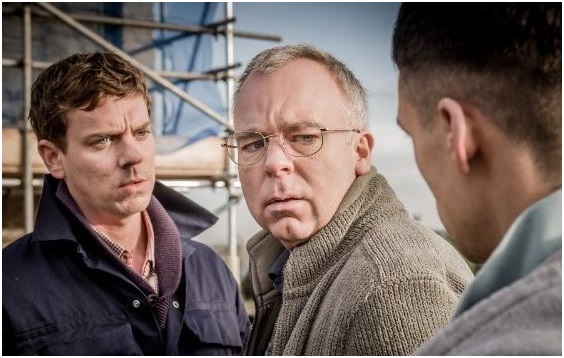 Ah, yes, the show.  Valley is yet another cop drama, but instead of the omnipresent grizzled, male detective, a curmudgeon who is often divorced, alcoholic, and/or disgraced, in this BBC production we get an honest-to-goodness, middle-aged female as the hero.  Yorkshire police sergeant Catherine Cawood does not resemble a supermodel; she is fleshed out – in more ways than one – as a complex, flawed, and compelling character.  She is also a grandmother.

Cawood (played by an unforgettable Sarah Lancashire; don’t the British ever run out of talented actors?) has personal problems – lord, does she ever – but it’s refreshing to empathize with the struggles of an embattled grandma-cop, as opposed to the usual crap afflicting most male-cop protagonists.  Cawood’s family dramas are nearly as gripping as her investigation of a kidnapping.

Ah, yes, the kidnapping.  The plot, centering on the abduction of a businessman’s daughter that coincides with the prison release of a long-time Cawood nemesis, isn’t simply a matter of good guys versus bad guys.  There is a third party involved in this dangerous triangle:  timid, in-over-his-head accountant Kevin (Steve Pemberton), who puts the plot in motion by making a foolish decision when his boss declines his request for a raise. 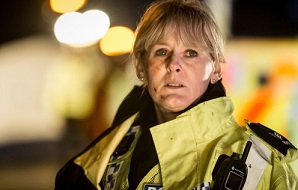 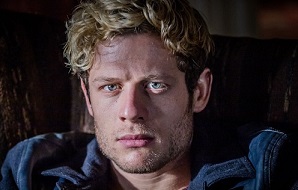 From that point on, there are three suspenseful plot threads – the cops racing to find the kidnapped girl, the villains working to pull off their scheme, and the dilemma of poor Kevin, who vacillates between a desire to extricate himself from involvement with the crime and the faint hope that his foolhardy scheme might actually succeed.

My only complaint is that I think this stellar series (available on Netflix) should have wrapped up with four episodes.  It builds beautifully to episode four, but once the kidnapping is resolved, the emphasis shifts to Cawood family dramas — intriguing stuff, yes, but also anticlimactic.     Grade:  A- 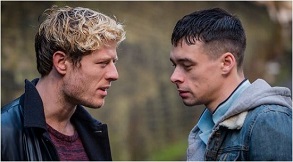 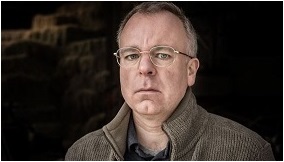 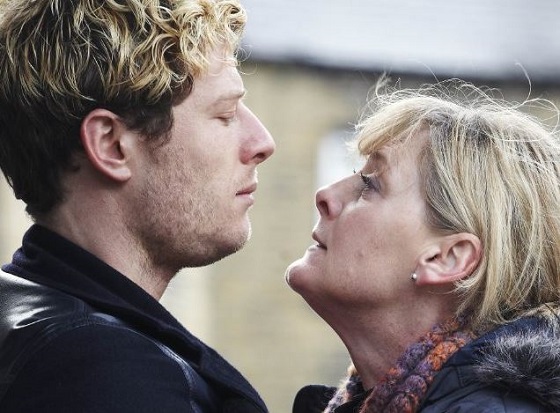 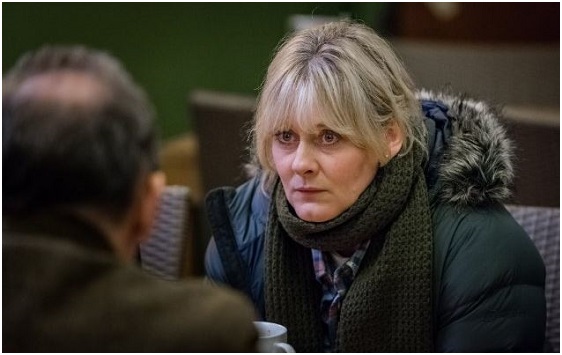