These low Rotten Tomatoes ratings for Escape Room (above) seem a bit harsh:

The 2019 thriller about six strangers stuck in puzzle rooms from hell combines elements of And Then There Were None and The Game, two of my favorite movies. It’s nowhere near as good as either of those two films, and it certainly has outlandish moments, but mostly it’s fast-paced fun. Better than 51 percent fun.

I realize it’s a cliché to begin any sentence with: “If you had told me six months ago that [fill in your choice of  weirdness here], I wouldn’t believe it!”

But hearing Sean Hannity say “Joe Biden refuses to leave his basement!” has to go in that weirdness category.

And yet Biden’s polling numbers have to be — or at least should be — one helluva blow to Trump’s ego. Millions of Americans are so desperate to see Trump ousted that they are willing to vote for a mentally defective old man who is hiding in his basement. Ouch.

Perhaps you think Rip’s criticism of Rachel Levine’s physical appearance is unfair. Yeah, well, so is saving your own mother’s ass while sending everyone else’s parents to nursing-home deathtraps:

A little humility is a wonderful thing. For example: I used to routinely praise Rachel Maddow and disparage pundits like Tucker Carlson. Now I find myself doing the reverse.

Either way, at some point I was/am wrong.

Head-Scratcher of the Week: 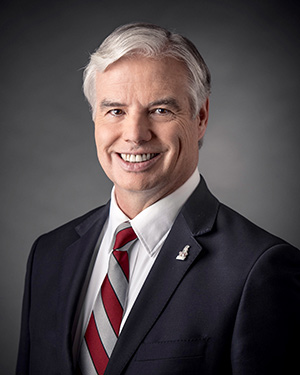 Troy University’s Walter Givhan (above) said that his school established a COVID-19 emergency fund “to assist students, primarily, with those expenses that were completely unexpected — be it rent, utilities, travel, [or] transition to technology.”

Hmmm … rent and utilities are now “completely unexpected”? Should I go into shock when my landlord or cable company wants to get paid next month?

Users of Internet Explorer (poor things) might notice recent problems on this Web site. Problems like hundreds of missing images.

We recently completed a site migration and, of course, it did not go smoothly.

Rest assured, we are working to resolve these issues by (painstakingly, tediously) revising each and every flawed link. Lucky us.