Free Flick of the Week: “The Outlaw” 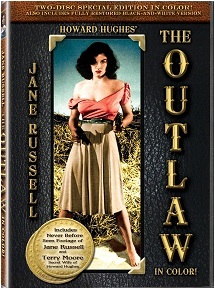 The Outlaw is one of those Hollywood curiosities with a background more intriguing than the movie itself.  Oddball billionaire Howard Hughes produced and directed it.  The film drew controversy because of the camera’s – or rather, Hughes’s – obsession with star Jane Russell’s cleavage.  And yet the movie gets a high rating at Rotten Tomatoes and, according to Leonard Maltin, this “notorious ‘sex western’ is actually compelling.”  Watch it for free by clicking here.