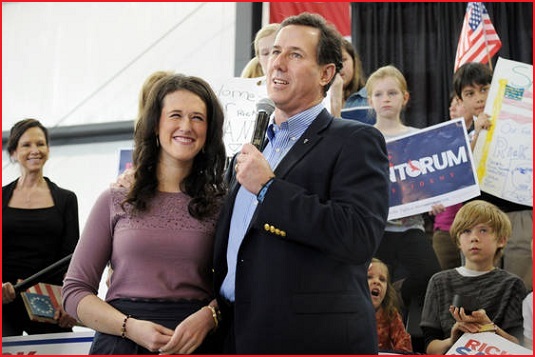 I am of two minds whenever Rick Santorum’s daughter, Elizabeth, stands beside the candidate on a stage.  Part of me thinks, “Awww — how sweet.  She looks like a nice girl, and she’s supporting her father.”  The other part of me thinks, “My eyes! My eyes! God, someone hand me the remote before I go blind!” 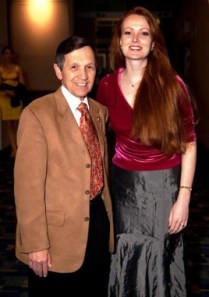 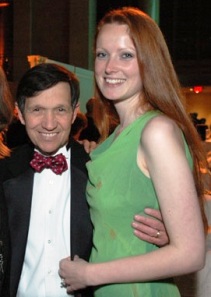 Now that Dennis Kucinich’s congressional career is over, the 65-year-old Democrat will have more time to spend with his granddaughter, 34-year-old Elizabeth.  They’ll be able to share olive sandwiches while grandpa helps Elizabeth with her homework. 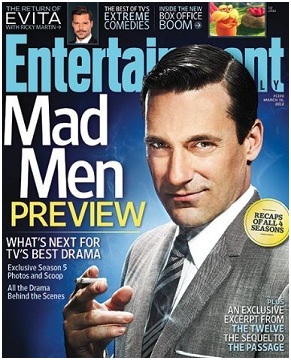 Entertainment Weekly dedicates this week’s cover to design director Amid Capeci, who recently died after a battle with cancer.  The cover depicts Mad Men’s Don Draper — smoking a cigarette. 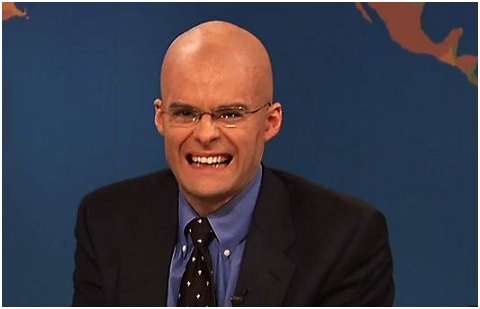 There are three good reasons to watch Saturday Night Live:  Kristen Wiig, Bill Hader (above), and the “Weekend Update.”  Everything else suffers from lousy writing and a subpar cast. 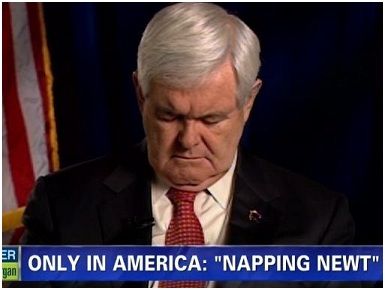 Remember the ad that Hillary Clinton used during her presidential campaign — “It’s 3 a.m. … who do you want answering the phone?”  This is Newt Gingrich dozing off last week during a speech by Defense Secretary Leon Panetta.  Evidently, it might be a bad idea to call Newt at 3 a.m., or 3 p.m., or 10 a.m., or 10 p.m., or ….

This is why the cameramen for CBS’ Survivor love their jobs: 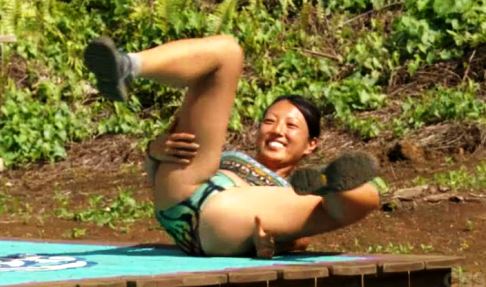 I was watching Wheel of Fortune and I decided that we’ll be lucky if aliens from another world never see this show.  If I was Mork from Ork and sat down to watch this crap, I would conclude that Earthlings are certifiably insane.

Wheel has a host who makes idiotic chit-chat with strangers and repeats things like “R, S, T, L, N, E” and “Would you like to buy a vowel?”  Then there is his co-host, who smiles vapidly and turns letters on a board.  Both of them, compared to their fellow Earthlings, are fabulously wealthy.  Meanwhile, ordinary Earthlings who are lucky enough to be on the show fawn over their hosts and jump up and down, squealing like castrated hogs whenever their names are called.

If you were Mork from Ork, would you want to make contact with these Earthlings?  I don’t believe so.  I believe you’d consider blowing up the planet.