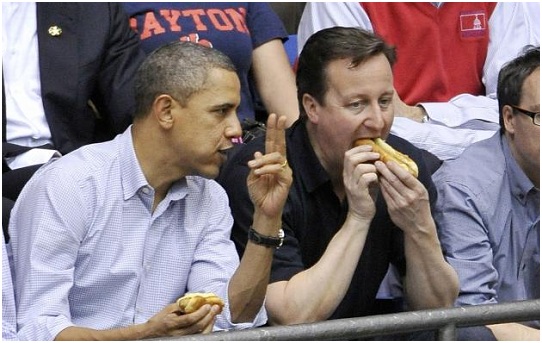 My thoughts about the above picture — when I’m in a good mood:

If ever a guy was entitled to a little fun, it’s the hardworking president of the United States, who took British Prime Minister David Cameron aboard Air Force One and flew to Ohio for a college basketball game.  How cool was that?

My thoughts about the above picture — when I’m in a bad mood:

What an incredible display of bad taste.  In the midst of high unemployment and rising gas prices, Obama makes a conspicuous show of energy consumption so that he and Cameron can enjoy a “boys’ night out,” a “one-percenter” luxury courtesy of beleaguered taxpayers.

I took a cab the other day and the cabbie and I admired his GPS device.  I don’t have a GPS device, and that’s fine by me.  Some of my best stories come from times I got hopelessly lost.  I’d hate to see that come to an end.  Then again, I don’t drive a taxi. 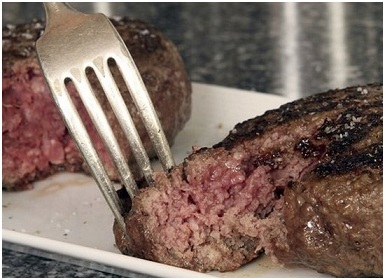 You know that your days are numbered in the school cafeteria when you are commonly referred to as “pink slime.” 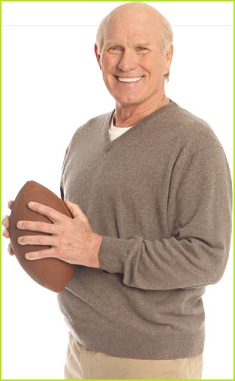 Terry Bradshaw tells us that before he and Nutrisystem found each other, “I was tired of looking old, fat and ugly.”  Dude, you might not look fat anymore, but ….

I can’t recall a time when the top ten movies at the box office were all deemed “rotten” at Rotten Tomatoes. 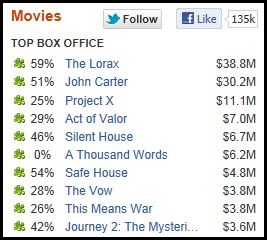 I keep hearing about “gaffes” made by Republican candidates.  But are they really gaffes?  Here are examples of gaffes, according to my dictionary:

A gaffe is unintentional, not a deliberate statement that backfires on you.