The Grouchy Editor used to have a regular feature called “Asshole of the Week” (or month, or whatever). We stopped running it because, frankly, there were simply too many candidates.

But to celebrate Elon Musk’s takeover of Twitter, today we feel obliged to honor the

ASSHOLES OF THE MILLENNIUM! 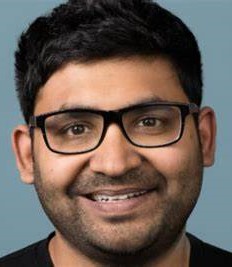 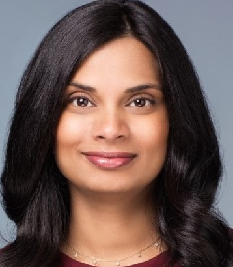 Infuriatingly, these two enemies of free speech, fired by Musk, will nevertheless enjoy golden parachutes to soften the blow. But should they feel the need to work again, we sincerely hope that they can both learn how to code.

Why It Sucks to Be a Little Guy on Twitter

If you think of a joke and post it at the same time that some blue-check clown thinks of it and posts it and … he gets 26,000 likes while you get, well …. 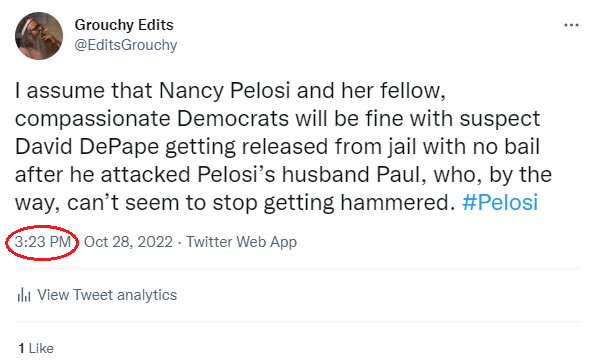 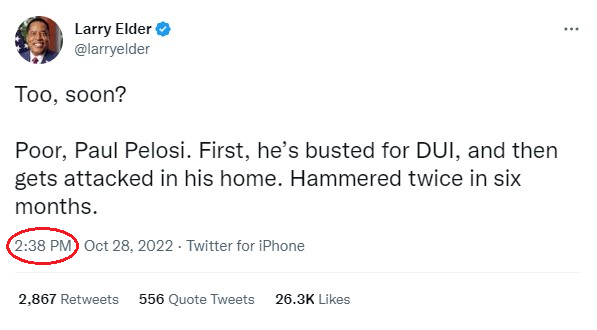 The timing of Elder’s Tweet triggered our suspicions. Assuming he posted from his home in California using his “preferred time zone,” and knowing that The Grouch posted from the Central time zone, we did the math and, well, you be the judge.

Yes, we are very bitter and have too much time on our hands. But Larry Elder is clearly stealing our jokes.

Thanks to the Paul Pelosi attack, there are calls for taxpayers to pick up the tab for additional security for congresspeople. Wealthy politicians like Nancy Pelosi, who enrich themselves at the public’s expense, at the very least should pay for their own damn security.

Also, do Democrats still think it’s a great idea to replace police with social workers for “mental health” incidents like this one?

Listen, I detest Biden and believe he belongs behind bars. But I have to defend this pause. To me, he was simply considering how to answer the question. No big deal.

Nah, it was just a pause to reflect. 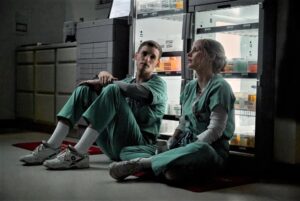 I recommend The Good Nurse (above) because it’s based on a true story and is pretty damn frightening. It’s about a serial killer of whom, unlike Dahmer and Bundy and the rest of them, you might not know very much. But you should know his name because his victim tally is likely the highest of them all. (Here is our review of the book the film is based on.)

Charles Cullen never explained why he killed so many hospital patients — possibly because he doesn’t know, himself. And what could be scarier than that? 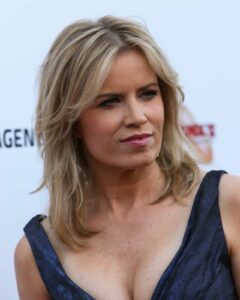 Speaking of The Good Nurse, a secondary villain is played by actress Kim Dickens (above), as an insurance baddie hoping to thwart the cops. I thought that, for a 57-year-old actress, Dickens was, well, hot as the dickens.

She also looked hot in this scene from Sons of Anarchy, filmed when she was a mere child of 48:

OK, her butt cheeks are a bit chunky and chubby — but that’s how some of us like them.

If you’re seeking something scary but a bit less realistic and more “fun” than The Good Nurse, we recommend Beast. The Idris Elba flick has a ridiculous climax, but until that point it’s a real nail-biter.

Oh, yeah. This is the one in which Idris wrestles a lion. Literally. Sort of. 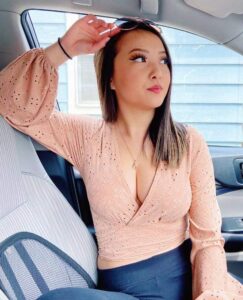 Now that we’ve degenerated into rank misogyny, if you’d like to drool over pretty Priya’s private parts, check out either her (defunct) Just For Fans page or her current Babepedia page.

While we are busy being sexist … 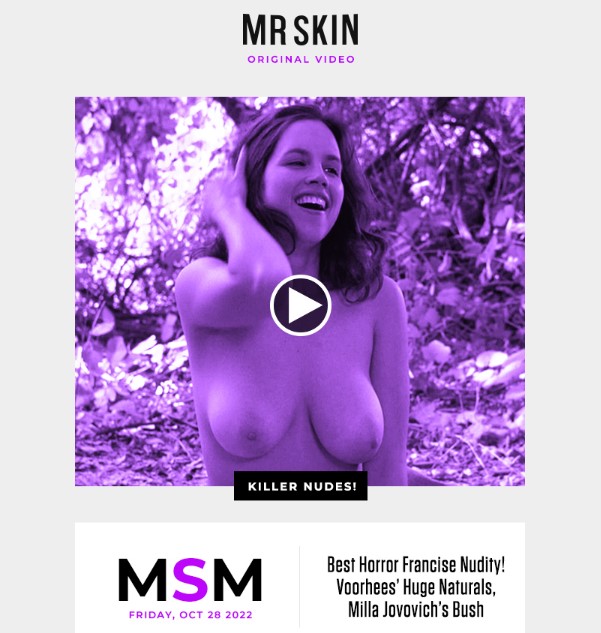 Mr. Skin features Deborah Voorhees’s breasts a lot. Can’t blame him. But he never got to ride an elevator to work with her every day, like we did. Take that, Mr. Skin.