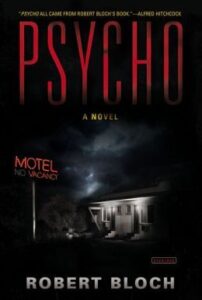 My apologies, Robert Bloch. I underestimated you.

When it comes to Psycho, the legendary horror film, I’ve always assumed it was a product of its director’s genius. I still believe that, but until I read Bloch’s novel, I had no idea that Alfred Hitchcock relied so heavily on Bloch’s written words and basically transferred the story, with just a few tweaks, onto the silver screen.

Or as the master of suspense put it himself, “Psycho all came from Robert Bloch’s book.”

Everything you love about the movie is here in the novel: Norman (and Norma) Bates, the shower scene, the old house on the hill, the detective’s murder and, oh yes, the creepiness. Reading the book is like reading Hitchcock’s screenplay.

Again, my apologies to Robert Bloch.