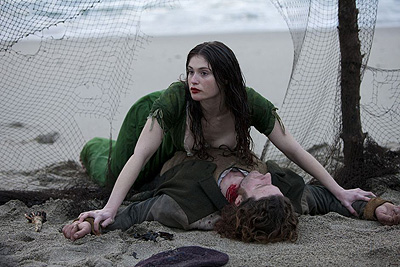 It’s a vampire movie, and so parts of it are a tad silly, but when you have a skilled director at the helm and two actresses of above-average caliber in the leads, you get a movie that’s classier and more intelligent than most of its bloodthirsty brethren. Sultry Gemma Arterton and somber Saoirse Ronan play mother and daughter undead on the run from both human and nonhuman tormentors. Neil Jordan’s moody movie is so absorbing that it’s not until the end credits roll that you realize just how much of it strains credibility.  Release: 2013  Grade: B+ 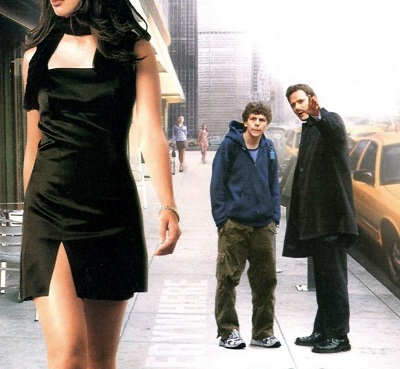 Who’s the real “ladies’ man” — smooth-talking, bar-hopping, misogynistic Roger Swanson (Campbell Scott), or Roger’s naïve, teenaged nephew (Jesse Eisenberg), whose innocence melts female hearts? We find out the answer, sort of, when 16-year-old Nick spends a wild night on the prowl in New York with his playboy uncle. Eisenberg is good in his first feature film, but Dodger is delicious black comedy mostly thanks to Scott, whose Roger is a pathetic-yet-fascinating train wreck.  Release: 2002  Grade: B+