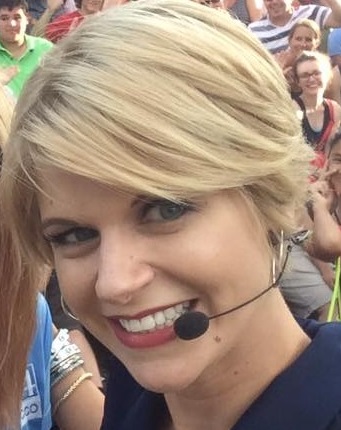 “Is that a peanut in your pocket … or are you not happy to see me?”

She’s a journalist and she knows you have a small penis … what could possibly go wrong? (See below.) 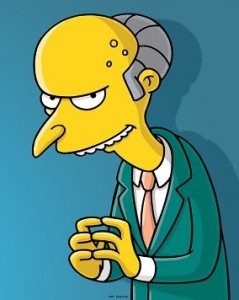 “Look at that face! Would anyone vote for that?” – Donald Trump ridiculing presidential candidate Carly Fiorina.

Sadly, we do seem to elect presidents in much the same way that we select homecoming kings and queens – appearances matter. In that superficial spirit, here are the physical and/or personal deficits of our illustrious candidates: 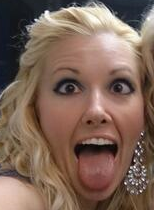 Kings County Saloon is closing its doors for good on Sept. 27. Kings, of course, is home to the Smallest Penis in Brooklyn pageant. This is probably disappointing news for women like WCCO anchor Liz Collin (top of page and below right with Rip van Dinkle), who was pleased to meet pageant contestant Dinkle. When Dinkle gave Liz his penis-pageant business card, she seemed starstruck, gushing to Rip: “I heard about this!” 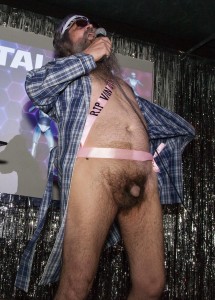 While Collin was tickled by Rip and the contest for miniscule members, other talking heads were not so kind. The following is a recent Twitter exchange between conservative pundit Amy Holmes and “Somali Rose” after Holmes shared a link to Gothamist’s penis-pageant pictures, including the shot of Dinkle above left: