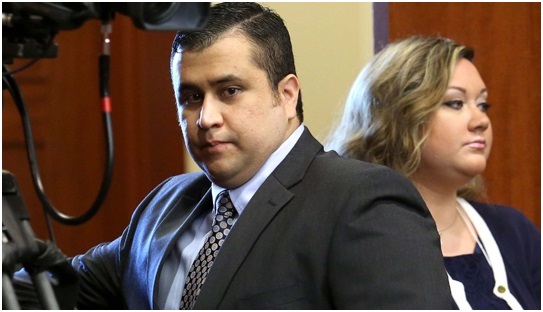 Just when you think it’s a waste of time to seek your soul mate on Internet dating sites, this sexy, highly desirable couple breaks up, adding more goodness to the dating pool. 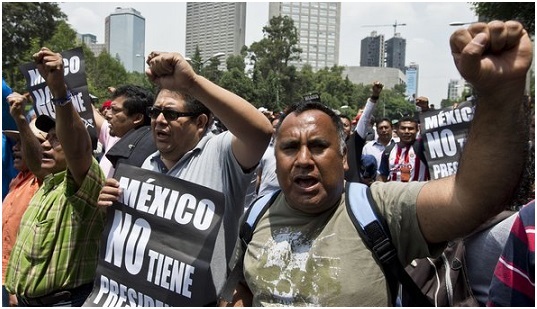 I don’t know a thing about these striking Mexican teachers and their issues, but I do know that, of all professions, there is no group that I associate more with the word “whining” than teachers. 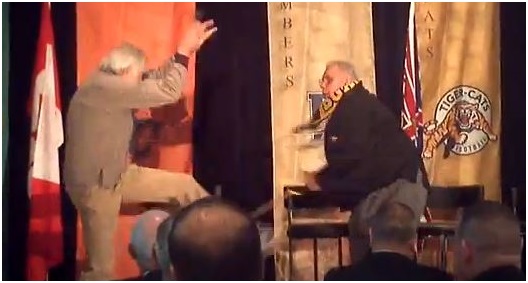 “No one had done that in 44 years.” — CBS’ Scott Pelley, praising Peyton Manning’s record-tying seven touchdown passes in the NFL opener.

Pelley did not mention the name of the quarterback who last accomplished the feat — poor Joe Kapp.  The last time we heard from old Joe was in 2011 when the 73-year-old former Viking was videotaped brawling onstage with 74-year-old Angelo Mosca.  Jostling Joe is at left in the pictures.

I dunno, I think the old-fart fisticuffs might be more impressive than seven touchdowns. 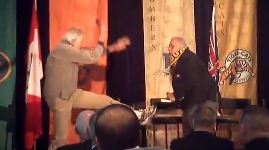 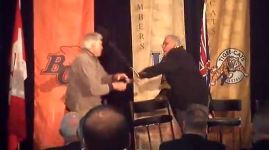 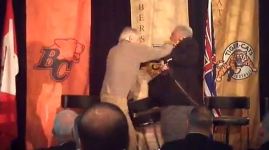 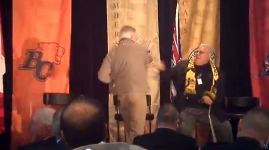