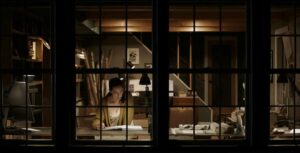 As I watch most modern horror movies, I activate my mental timer. How long before this film falls apart? Right off the bat? In the middle? Not until the end? I’m counting because almost all of them go bad, eventually.

There is good news about The Night House, starring Rebecca Hall as a widowed woman who experiences ghostly phenomena at her lake house. The story doesn’t collapse until the final act. Most of the film is creepy and — miracle of miracles — does not insult the intelligence. Also, Hall is quite good as the prickly, plucky widow enduring grief and strange visions.

The bad news is that the film’s denouement, praised or soft-pedaled by many critics, is annoying claptrap. It’s kitchen-sink nonsense in which the viewer is forced to reach his or her own conclusion. Was it ghosts? An alternate universe? A serial killer? Occult forces? All of the above?

Death on the Nile 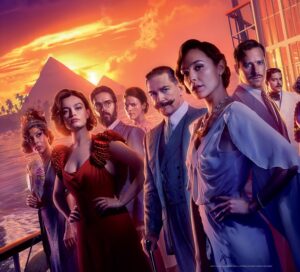 This follow-up to Kenneth Branagh’s Murder on the Orient Express has a bigger budget and a longer run-time than its predecessor. Not a good thing, on either count.

Apparently, most of the budget went to special effects, rather than actual location filming in Egypt. Again, not a good thing. The movie often drags. Need I mention that’s not a good thing?

Branagh again plays Agatha Christie’s Hercule Poirot, this time charged with solving murders on a steamer in the Nile near Egypt’s famed, ancient landmarks. But Branagh sacrifices something that exists in earlier screen versions of the Christie novel — a sense of fun — in service of a more somber tone and a modern obligation to address racism, sexism, classism, and any other “isms” I might be forgetting. Release: 2022 Grade: B- 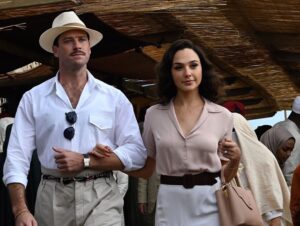 Armie Hammer, left, with Gal Gadot and her ribs (sorry) 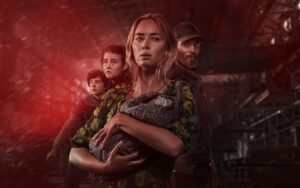 A Quiet Place Part II is that rarest of sequels, a follow-up that’s just as good as the original. Dad is dead in this one, so it’s up to Emily Blunt and her brood to battle the aliens. It’s just a continuation of the first movie, but who cares when it’s done this well? Release: 2021  Grade: B+

The good news: The “meta” aspect of the Scream franchise hasn’t grown stale in this fifth installment of the series. Also, it’s still amusing when the filmmakers wink at us by anticipating, and then subverting, our expectations. (There’s someone behind the refrigerator door! No, there isn’t! Yes, there is!)