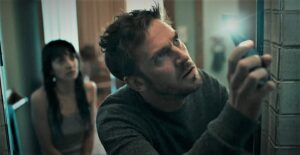 Director Dave Franco’s The Rental is a flawed movie. It’s a “slow-burn” thriller, and slow-burn is often code for “boring until something finally happens.” The plot is predictable and the last act, in which something finally does happen, is not particularly original.

But all of that is nitpicking. The Rental, in which two couples encounter terror at a beach house, is more than anything else skillfully done. The “slow” scenes are absorbing, seductive, and creepy. There is at least one truly scary bit.

There’s a reason that suspense films — unlike, say, romantic comedies or many dramas — are considered a director’s medium. The acting and story can be serviceable, but if the movie works, it’s because the dude behind the camera knew what he was doing. Release: 2020  Grade: B+