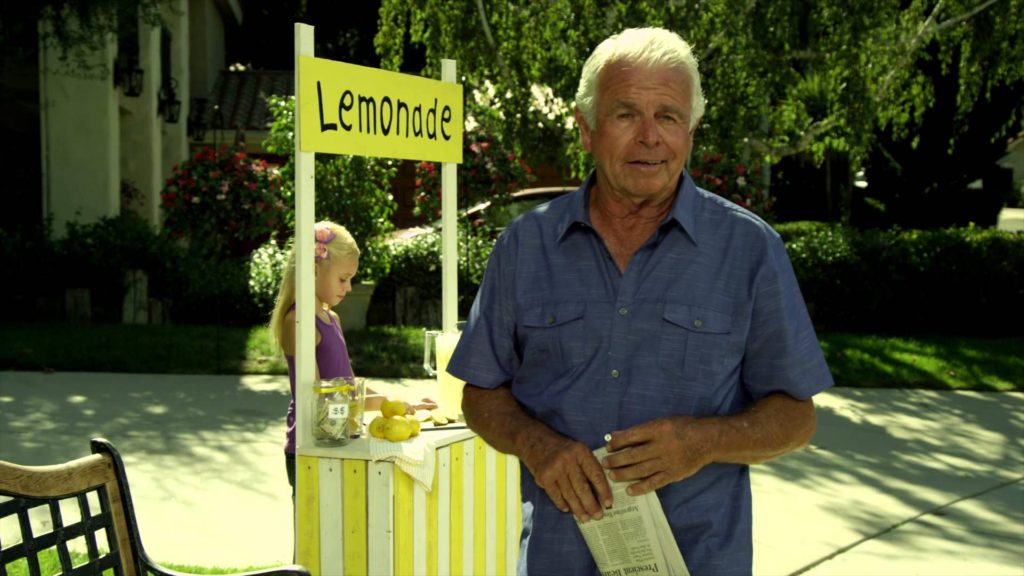 William Devane was on my TV. Again.

I thought, surely I can’t be the only one ready to take Devane’s gold and silver and put them where the sun don’t shine. I thought, if ever the masses finally grab their pitchforks and seek out the “One Percent,” certainly the first name on their list will be William Devane.

For years now, Devane and his smug countenance have been harassing me on my television, usually on Fox News, making me feel bad because I don’t have Devane’s private plane, wall safe, piles of gold, or tee times.

To my relief, an Internet search confirmed that I am not alone in my distress:

I don’t think those Rosland Capital commercials starring William Devane are having the desired response. If I have to watch one more TV spot where he’s flying his plane, sitting in his gorgeous home with his massive fireplace, or riding his horse on his expansive ranch, I’m just not sure what I’ll do. – Reel Life with Jane

Whenever I watch the Fox News Channel I automatically hit the mute button on the remote as soon as I see William Devane’s commercial come on.

Each and every spot starts the same way, with Devane engaged in some rich guy activity such as playing golf, horseback riding or flying his private jet. Then he turns, looks into the camera and says, “Hi, I’m William Devane.”

The trick is to grab for the remote and switch on the mute button before he can get past “Hi.”

Then, as if Devane’s natural smirk and smarminess wasn’t enough, the sponsor makes it even worse by putting this guy in rich-looking environments like country clubs, and gentleman farmer ranches.”  – Jewish World Review

There is more to these desperate pleas for relief from William Devane. You can read them here and here.