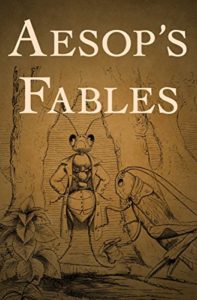 We can learn something from these ancient stories, which have been handed down from generation to generation since a Greek slave named Aesop supposedly compiled them. What can we learn? Humans have been passing down state-the-obvious drivel for a long, long time.

“The Tortoise and the Hare,” “The Boy Who Cried Wolf” – for every one of those legendary tales, which actually have a point, Aesop delivers ten more pearls of wisdom like this one:

The Gnat and the Bull

A Gnat alighted on one of the horns of a Bull, and remained sitting there for a considerable time. When it had rested sufficiently and was about to fly away, it said to the Bull, “Do you mind if I go now?” The Bull merely raised his eyes and remarked, without interest, “It’s all one to me; I didn’t notice when you came, and I shan’t know when you go away.”