Red Eye, the cancelled late-night panel show on Fox, went out not with a bang but a whimper. The brainchild of Fox court jester Greg Gutfeld, Red Eye was an odd hybrid of political talk, video clips, and general gibberish, but I’m going to miss it. It was just about the only show on cable news that allowed guests to say whatever the hell they wanted to say, no matter how warped.

But mostly, I’m going to miss Red Eye because it usually featured at least one leggy piece of ass like former Miss America Kirsten Haglund, who on Wednesday’s show gave her seat-mate a boner:

Here is Haglund giving all of us a boner:

I recently watched three of these subtitled sobrieties on Netflix, and all of them featured nude cadavers being examined by cops:

My favorite was the dead black guy’s penis that kept popping up in episodes of The Break. The penis was on the morgue slab; the penis was in a photo pinned to a bulletin board. The penis was everywhere.

As for the actual quality of these shows:

Bordertown:  I can’t make heads or tails of it

Rumor has it that Fox News’s Bill O’Reilly had a tough time choosing between several covers for his new book about old-school sexual harassment: 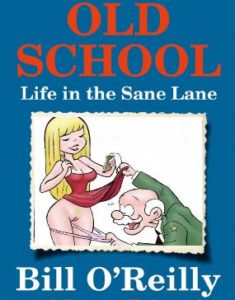