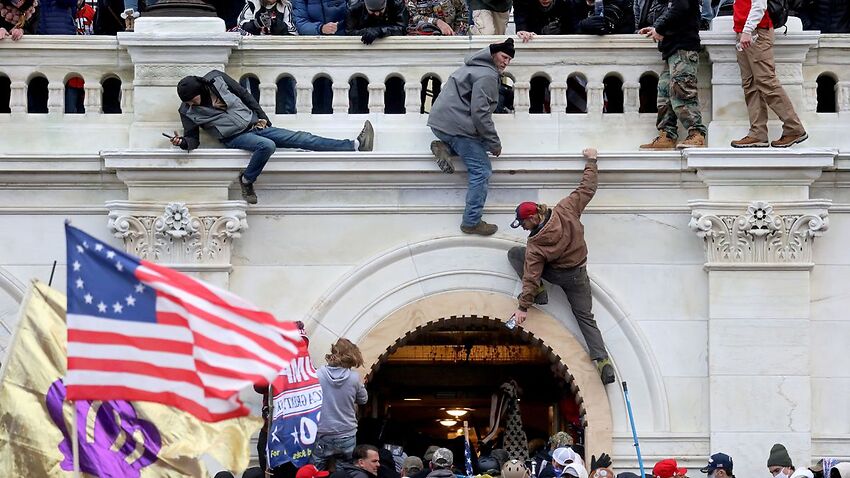 I remember that, on January 6, 2021, when I first saw news reports about the mayhem in Washington, D.C, my initial reaction was: “Good for them!”

In the minds of certain people on the left, that sentiment makes me an “insurrectionist” and a traitor to the country.

But what I saw on Jan. 6 was hundreds of people who were quite the opposite of traitors; they were your aunt and uncle in sheep’s clothing, unleashing a primal scream. No black masks for them, like those worn by the cowardly punks who laid waste to big cities in 2020.

The January 6 mischief-makers were tired of years of being ignored by their elected “representatives,” who issued promises and then, once in office, joined Democrats in pursuing their primary goal: doing the bidding of rich donors.

And the Jan. 6 mob was sick to death of a media that helps the powerful — especially the powerful in Congress — ignore an ongoing invasion at our southern border. More important than illegal immigration, apparently, is that everyone learn how to use the term “Latinx.”

It did not work out well for the insurrectionists, or rioters, or whatever you want to call them. Some of them now sit in jail.

Their problem isn’t (exclusively) the Democrats/Progressives; their problem is the Republican so-called representatives, who in a better world might have said: “We hear your frustration. We will do better. We will put regular people ahead of what the progressive agenda demands.”

The Jan. 6 folks in D.C. had the right target: Washington’s rich and powerful. The leftist rioters in the summer of 2020 had the wrong target: small-business owners. But the media prefers to ignore burned-out salons and gunned-down inner-city residents, and instead focus on something that, in its mind, is more dangerous than Pearl Harbor and the Holocaust.

I think January 6 should be celebrated, not condemned.

To celebrate, we have a new Tale From The Grouch. Check out “The Americans” by clicking here.